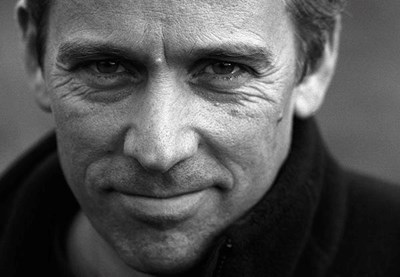 "When Fforde first heard that there was going to be an audiobook, he decided to put in some traps for the narrators and invented names that couldn’t be pronounced." 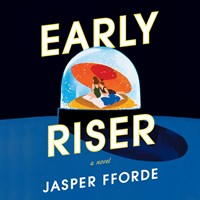 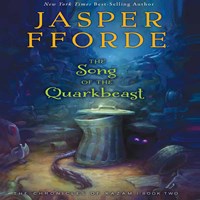 Jasper Fforde, author of the bestselling Thursday Next series, has created a whimsical world in which literature is preferred to rock and roll and tickets sell out for an audience-interactive Richard III. AudioFile asked Fforde where the idea began. "I thought, ‘What would happen if Jane Eyre was kidnapped out of her story?’ That was the starting off point. I would think up a strange idea or notion and run with it to its magical conclusion." The idea of a dodo as a reengineered pet of choice came when Fforde wondered if people could have home cloning kits. "Then I thought, why stop at dodos? Why not mammoths and Neanderthals? And the whole dodo idea became a rich theme of silliness to be mined."

When Fforde first heard that there was going to be an audiobook, his quirky sense of humor took over. He decided to put in some traps for the narrators. He invented names that couldn’t be pronounced, " ’cause I thought this was funny. But, of course, it wasn’t funny when they rang me up and said, ‘Now, Jasper, we want you to give us some pronunciations.’ And then, of course, I had to pronounce my own unpronounceable words." He put a double repetitive line into Lost in a Good Book, just for fun, "as an in-joke for anyone who was making the audiobook or listening to it. If anyone was listening to that rather than reading it, they’d go, ‘Hello, that’s odd.’ What I was also trying to do was make a sentence that if you read it, perhaps means one thing, but if you listen to it, means quite another."

Fforde, who is British, will be in America and Canada in February doing a book tour. His new book, The Well of Lost Plots, "carries on Thursday’s adventures . . . almost instantly where the last one ended. It takes place entirely where fiction is created." Fforde listened to The Eyre Affair and is looking forward to Elizabeth Sastre’s narration of the new book. He knows the person narrating makes a huge difference. Even so, he says, "I found it very odd listening to my own words." As for recording his own work, he believes "the best readers are always actors and actresses." Fforde listens to audiobooks occasionally but is kept busy by an intensive writing schedule. "I generally disappear into my office at 9 o’clock in the morning and don’t come out until 8 o’clock in the evening." He says, "The only time I’d listen would be in the car or if I’m making supper."

When he can, Fforde reads anything that isn’t contemporary. He doesn’t want to know what everyone else is doing. "I don’t think that’s helpful as an author." He enjoys "escapist stuff" and silly satires of the British upper classes, especially those by Evelyn Waugh and P.G. Wodehouse. He acknowledges, "A lot of the nonsense in my books is sort of hanging onto the coattails of Lewis Carroll and carrying the nonsense torch into the third millennium."—S.J. Henschel