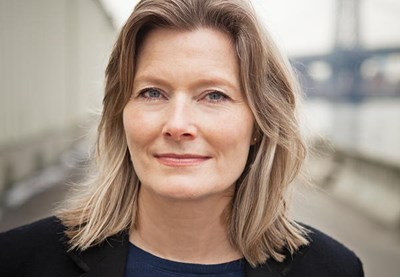 “I’m a huge believer in the audio experience. Anything that gets people to read and listen to fine literature is to be embraced with passion.” 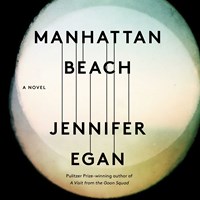 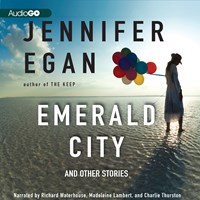 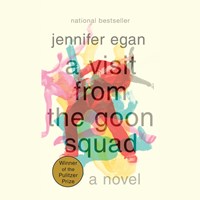 Jennifer Egan, author of the novels THE INVISIBLE CIRCUS, LOOK AT ME (a National Book Award finalist), and THE KEEP, and the short story collection EMERALD CITY, thought she wanted to be an archaeologist--until she went on her first dig. “I had envisioned using a shovel and digging up intact urns, when in fact we were using scalpels and digging up tiny pieces of pottery.” That experience, plus a solo trip to Europe when she was 18, changed her mind. “In some ways that was a great, hard trip because I was alone and pretty young, and my mother and stepfather were splitting up, and I felt lost in a lot of ways. I also felt a kind of extreme and sudden clarity that writing was urgently important.” Eight years later, after many rejections and doubts her goal would ever be realized, she sold her first story to The New Yorker magazine.

Egan says that when she’s writing, she reads aloud “all the time. I read aloud to myself because I’m always thinking about the sound and the rhythm of the language, and it’s much easier to hear that when I speak it.” As for audiobooks, Egan says, “I’m a huge believer in the audio experience.” She and her sons, ages 7 and 9, had a terrific time listening to all of Barbara Park’s Junie B. Jones series, narrated by Lana Quintal. “They’re fantastic! We had a ball. At times, we were laughing so hard we couldn’t even hear what was being said. We had to rewind.” She thinks audiobooks in education are great. “My sons used to sit in pre-K looking like UN translators with huge padded headsets on their heads and a book in front of them as they followed along. Anything that gets people to read and listen to fine literature is to be embraced with passion.”

Egan believes in taking risks when approaching a new book. “The whole idea of the novel initially was as grounds for wild experimentation,” she says, acknowledging that each of her books is completely different from the one before it. “For me, a big part of my process and what keeps me interested and engaged is the feeling I’m going to do something I’ve never done before.” Of her latest book, A VISIT FROM THE GOON SQUAD, Egan says, “It’s a book about Time.” She’d been reading IN SEARCH OF LOST TIME. “I grew interested in how to write about time in a way that both explores time and makes the reader feel a relationship to time--just in the book itself.”

She offers that A VISIT FROM THE GOON SQUAD is structured like a record album. “It consists of smaller units [like songs] that are very different from each other in tone and feeling, but they all fit together into one big story.” The book consists of deeply intimate looks into various people’s lives at different moments in time, and covers 50 years, ranging from 1973 to 2020, although not chronologically. One complete chapter is a 76-slide PowerPoint presentation. Does Egan think that will work on audio? “I brought it in to my writing group, and I read it to them with no visuals. The language sort of hung in the air in this odd, sort of poetic way. It had an eerie power.” For reasons of cost, the slide show in the print book is in black-and-white, but Egan has created a four-color version with sound that anyone can watch on her Web site: www.JenniferEgan.com.

Egan is currently researching a historical novel set in New York City at the time of WWII. Her focus will be on the women who worked at the Brooklyn Navy Yard, building ships during the war. Recently, Egan participated in creating an oral history project, interviewing many of the women who held those jobs. “They’re now in their 80s, all of them, and it’s been fascinating. I’m eager to pull this research together and work on it as fiction.” And we’re eager to listen to it.--S.J. Henschel