“Until now the great disadvantage has been that you can’t hear the music, so you’re missing half the reason that the biography has been written in the first place.” 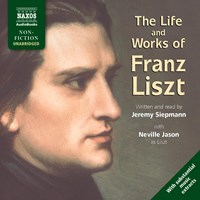 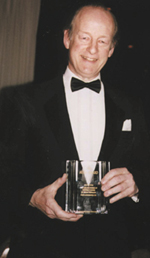 It’s a fantastic voyage of discovery for me,” says Jeremy Siepmann of his Life and Works series of audiobooks (Naxos). Originally conceived as 30-minute radio programs, these rich musical biographies of geniuses like Mozart, Beethoven, and Bach ended up as four-CD sets.

What makes these sets so unusual is the sheer amount of music in them, says Siepmann, who scripts, narrates, and produces them. Having previously written books on composers like Brahms and Chopin, alternating biographical and musical information, Siepmann now has the freedom to include the actual compositions on the audiobooks, making this the perfect medium for musical biography. “Until now the great disadvantage has been that you can’t hear the music, so you’re missing half the reason that the biography has been written in the first place.” These audiobooks are conceived as biographies for anyone interested in people, and they can, of course, skip through the music, but, as Siepmann says: “If they’re interested in people and music, then so much the better.”

American born and bred, Siepmann has long lived in England, and his rich voice is perfectly suited to radio broadcasting and narrating his own audiobooks. Music courses through his veins, and his career has included teaching piano, lecturing, writing features and books, and editing Piano magazine.

His Chopin audiobook won the 2002 Audie Award in the Original Work category, and the Beethoven won an Earphones Award from AUDIOFILE. Although Siepmann likes his work to be appreciated, it’s not the reason he does it, he says. “I can’t tell you what fun they all are for me. I love the whole business of putting it together, weaving different spoken textures and the music and the rhythm of the whole thing.”

He now has a virtual repertory company to read the supporting roles on each audiobook, so the real challenge is casting the right actors to play the title parts. As Beethoven, Siepmann chose the late, great Bob Peck, as “he had this gravitas; he could convey the greatness of the suffering man who didn’t understand himself. What I find touching about his performance is that there is something almost lovable about him even when he’s being awful.”

When it came to his wonderful Mozart audiobook, Siepmann had two issues. One was the film and play AMADEUS, which he felt were an absolute travesty of Mozart, the man. “As I say in the script, it portrayed him as a genius at music, but a complete buffoon in every other walk of life. Which is simply not true.” His other dilemma was how much of the prodigy’s foul language to leave in. “I didn’t want it to be offensive to people, but it would have been frightful to bowdlerise it. I managed to cram most of it into one letter. But that was the only production for which I’ve been tempted into any kind of censorship.”

Next up is his seven-CD set, THE INSTRUMENTS OF THE ORCHESTRA, followed by audiobook biographies of Brahms, Verdi, Debussy, Haydn, and Dvorak. Jeremy Siepmann and his loyal listeners have many more aural voyages of discovery ahead.—Helen M. Jerome