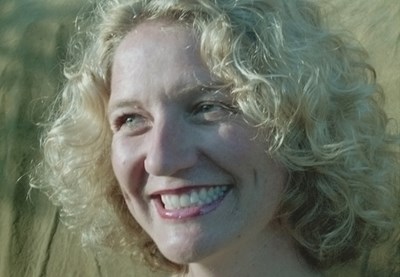 "I’m a dedicated audiophile. I have a long-standing love of the form. I used to listen to old radio dramas before audiobooks became accessible." 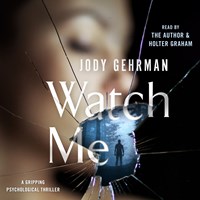 Jody Gehrman has been an audiobook listener for as far back as she can remember. “I’m a dedicated audiophile. I have a long-standing love of the form. I used to listen to old radio dramas before audiobooks became accessible.” She enjoys listening for a number of reasons. “I can listen while I’m walking, working out, or doing chores. Also, you can listen to an audiobook and experience it with someone else. My husband and I always listen to something on road trips. We stop it, we talk about it, and so it becomes this point of discussion, which is really fun.”

Gehrman teaches writing at Mendocino College in Northern California and is the award-winning author of numerous novels and plays. Her YA novel BABE IN BOYLAND won the International Literacy Association’s Teen Choice Award, while her plays have been produced or had staged readings regionally across the U.S. Her full-length play TRIBAL LIFE IN AMERICA won the Ebell Playwright Prize. While WATCH ME is her eleventh published novel, it’s also her first adult mystery. “There is a wide range of topics, tones, and themes that are thriving in the YA industry, but I was ready switch to adult suspense.” She believes this was the right time in her life to make that change. “I think it’s time for me to leave the 17-year-old narrator’s head.”

How did the idea for WATCH ME come to Gehrman? The ending came first. After two decades of teaching, she has seen many changes on the college campus. “I’ve seen a lot more fear creep into the lives of faculty and students alike. I wanted to find a way to explore that fear, but not in a general sense. I wanted to create characters who would specifically embody the fear.” She also wanted to investigate the theme of invisibility, in particular, the middle-aged invisibility of women. “I wanted to explore what that feels like . . . from being looked at all the time to not being looked at at all, feeling incredibly irrelevant, and what that does to your overall sense of self. It was the coming together of the two ideas that gave me the premise for the book.”

When Macmillan was looking for narrators for WATCH ME, they asked Gehrman for   a list of possible actor/narrators. “I sent them names, but at the same time, I began to realize that I would really love to read Kate, so I asked them if I could audition.” Gehrman has acted most of her life in college, universities, and community theater, but never professionally. “I am the first person to tell you that the author is not always the right person to read the book, for any number of reasons, but this was just that rare opportunity when I was in the right demographic in terms of age, and I wanted to see what it would be like to narrate. Luckily, my husband is a sound designer, and we have a lot of good mics in our house, so he helped me rig up a home studio.”

Although it would be her first time recording a full-length audiobook, Macmillan agreed she would be the perfect voice for Kate. Gehrman says, “Giving voice to Kate gave me a whole new level of appreciation for audiobook narrators because the ones who are really good have a rare and wonderful skill, especially those who can do accents.” Gehrman believes that a narrator’s job is to disappear so that the listener is no longer thinking about what a great narration it is, but rather becomes completely absorbed in the story. She has nothing but high praise for WATCH ME co-narrator Holter Graham. “I was so thrilled with what he brought to it.” We asked Gehrman how she was able to enter the mind of Sam, the college student who is obsessed with Kate, his writing teacher. “Inhabiting Sam’s psyche came as a total surprise to me. I thought that he’d be a minor character, that it would mostly be Kate’s voice and that Sam would just pop up here and there and offer his perspective. But he completely took over my brain. I didn’t even know I had that voice in me. He was just in there.”

What’s ahead for Gehrman? “I’m always working on something, but I’m also very superstitious about talking about it. Nothing is in the works for immediate publication, but I’m definitely continuing to explore suspense and hope to keep exploring it for a long time. It feels like fertile ground for me.”--S.J. Henschel