"I found [audiobooks] a wonderful way to reread, or listen to, books I'd last read in university . . . my beloved Dickens and Thomas Hardy stuff. Almost every weekend I had eight hours of listening." 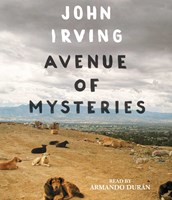 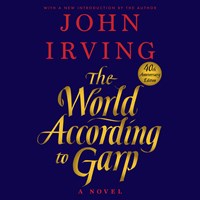 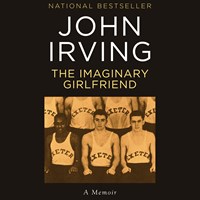 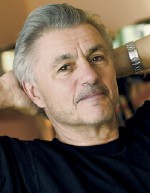 Bestselling, critically acclaimed novelist and Oscar-winning screenwriter John Irving wants his readers to know he values their time and makes sure his novels end with a payoff worth their effort.

"Anyone who's a John Irving reader must not only like a long and plotted story, he/she must like the fact that there's going to be some kind of emotional payoff at the end of the long journey. Those are my reasons for putting myself through the journey, and I think those must be the reasons that compel my readers to want to know what happens at the end."

And that goes double for audiobooks, which Irving claims saved his sanity on long drives to pick up his children from boarding school. "I think they're great. I've gone through periods when they were the only way I could read. I discovered audiobooks when my two now-grown children were in boarding schools in New England. I picked them up and took them to the house in Vermont. I was living in New York at the time, so that meant I went to western Massachusetts. I found it a wonderful way to reread, or listen to, books I'd last read in university . . . my beloved Dickens and Thomas Hardy stuff. Almost every weekend I had eight hours of listening."

In the AUDIOFILE review of "The Pension Grillparzer," an excerpt from THE WORLD ACCORDING TO GARP, Irving's delivery is compared to that of a professional actor. Irving says he liked the recording experience and wishes he'd had the time to do more.

"I regret that I've never found the time to be the reader of one of my books in its entirety. Because of the peculiarity of Owen Meany's voice [A PRAYER FOR OWEN MEANY], my choice was to try to get that book recorded in my voice. I had aspirations to be an actor as a young man, so I'm pretty comfortable reading aloud."

Irving likened his new book, UNTIL I FIND YOU, to an opera in its over-the-top narrative style. "It's the most intimate of my novels, at times uncomfortably so, because of how close I felt to the character of Jack Burns as a young man." The author explores his recurring theme of a missing parent, "but the fact that Jack Burns has sex at the age of 10 with an older woman marks not just his childhood, but marks him as a perpetually abused and acquiescent child. It arrests him from the natural process of growing up and makes the last chapters of the novel a kind of redemption."

And while not all his novels end well for the characters, Irving says, "The ending better be the best part of the novel if I'm taking seven years to tell the story and my readers are going to have to spend three or four times longer in this story than the average novel they read."--Randy O'Brien