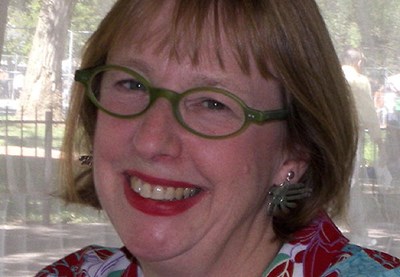 “Narrating was very humbling for me. Actors who do audio are special artists.” 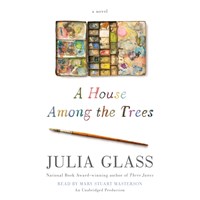 Recounted from two sisters’ viewpoints, in alternating chapters, Julia Glass’s novel I SEE YOU EVERYWHERE is ideal for presentation by two narrators. That’s not an uncommon thing, but in this instance those readers are the author herself and a well-known actress/director/producer. That’s not a pairing one sees every day.

The path to the audiobook was unusual as well. Glass says that following readings from her previous books, THREE JUNES and THE WHOLE WORLD OVER, fans would urge her to record her own work. Nervously, she brought up the idea with Random House, which reluctantly agreed to have Glass audition. Upon review of a simple cassette tape, the publisher was open to the concept.

About the same time, Mary Stuart Masterson, an admirer of Glass’s work, received an anniversary gift from her husband: a private meeting with Glass. The women developed a friendship, and Glass asked Masterson about recording her new work. Ultimately, Random House agreed to the Glass-Masterson collaboration.

Each woman thinks the other is ideal for the character she portrays.

“Mary Stuart has that wonderful New England voice, which is perfect for the character of Clem,” Glass says.

“I can’t imagine anyone else reading the part of Louisa,” Masterson counters. Glass confirms that Louisa is based upon herself and that the book, although not a memoir, is the most autobiographical she’s written.

The women recorded their respective stories (Glass considers the book more a story collection than a novel) in different studios at different times. Masterson was the first reader, thus setting the vocal tone of characters who weave in and out of both sisters’ tales.

Glass says, “When I read a character as I ‘heard’ him, the director stopped me, saying that Mary Stuart had given him a Boston accent.” She admits having been nervous to work with Masterson. “When I heard the distinction and inflection in Mary Stuart’s recording, I realized mine wasn’t as distinctive.” In fact, Glass found recording so difficult that she almost gave up after reading five pages. “Narrating was very humbling for me. Actors who do audio are special artists.”

Masterson agrees that narration requires a different skill set than traditional acting. “It’s more about trying to tell the story. You try to be unobtrusive so that the world is portrayed in a way that doesn’t seem like a performance. I try to make the prose and verbs have life and be active and let the poetic parts be poetic. Sometimes there isn’t enough time to prepare a different voice for everyone, so you have to understand the character and make the character clear in your mind.” Although Glass enjoyed her spin at narration and is generally pleased with the outcome, she doesn’t plan to record future works. “This is probably the only one I’ll do because it’s all female.”

Like her first books, the one she’s now writing features male protagonists and centers on family. Glass writes in sprints, keyboarding three or four hours daily for about six weeks after developing a story in her mind for several weeks. She says she then “downloads” her mental work to a computer.

“You don’t have to write all the time, but you need to think about it consistently,” Glass adds. “The lion’s share of writing is really revision.”--Jenan Jones Benson