“I try to adhere to my outline--I live and die with outlines! If you don’t have that skeletal structure down, there’s nothing there to flesh out. You can’t just hope it materializes. You build from the inside out." 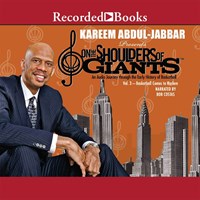 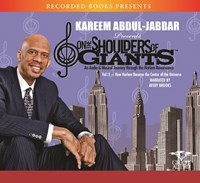 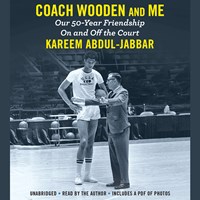 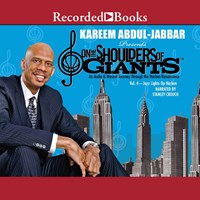 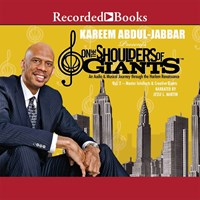 Known for his larger-than-life accomplishments, Kareem Abdul-Jabbar--sports legend, cultural ambassador, and author--wants to address another important audience: young readers. His memoir, BECOMING KAREEM: GROWING UP ON AND OFF THE COURT, chronicles important lessons that he absorbed from a variety of teachers who guided his path, ultimately allowing him, as he writes, to “walk that path on my own, confident in my own choices.”

Recapturing memories that range from early childhood to his college basketball days, his story includes moments of joy (meeting Wilt Chamberlain and Martin Luther King, Jr.) and of searing betrayal (facing the high school coach who “motivates” him by calling him a racial epithet). He hopes to hold out a hand to others beginning their journey of self-discovery.

For him, addressing this young audience came quite naturally. “Just try to think like a parent. That makes it really easy--because the issues are clear right away. If you’ve been a parent, you have a sense of what kids should be hearing, what to try to communicate in terms of values. It’s especially important right now, considering what we’re going through--the whole idea of people trying to do things with integrity is under attack. Stuff like fake news and people who don’t have a very good track record with the truth attacking other people for being dishonest. It’s really crucial that we teach kids about critical thinking and how to discern the difference between what’s good and what’s bad. It’s quite a job!”

Abdul-Jabbar is a disciplined writer. “I try to adhere to my outline--I live and die with outlines! If you don’t have that skeletal structure down, there’s nothing there to flesh out. You can’t just have an amorphous idea and hope it materializes,” he laughs. “You have to build from the inside out. At least that’s how I see it.” He adds that photographs helped him to bring the stories back. “My dad was a camera nut. He was always taking pictures, so I had those to look at. And I have a good memory for stuff that happens. Especially the emotional stuff. Even though I was never very demonstrative about my past, it is a vivid part of me.”

The author hopes that sharing his story is one way to effect change. “What changes people’s minds is having the patience, I think, to persist in explaining your point of view. So that when those moments arrive and people see something, they’re open to it. And then you can, in very human terms, say, ‘This is what I’m talking about.’” The author thinks of his relationship with the legendary coach John Wooden. “He had no idea, for example, of white privilege until he started traveling with me and seeing how I got treated. He said it revealed so much to him. I think that was a very important moment in his expanding his understanding of how prejudice actually is for those who experience it.”

He pauses before adding, “I think it’s great what’s been happening recently-- all these exposés of women talking about how they’re constantly under attack. It’s not like they have an opportunity to live a normal life; they have to be constantly on guard, cautious in ways that people don’t understand until they walk a few steps in their shoes. Then you have a much better idea of what it’s all about.”

Initially, Abdul-Jabbar was reluctant to narrate his book. “You know, I was really skeptical about doing it. But they talked me into it! So I went on ahead and did it, and it really made me relive those moments and tugged on the emotional aspects of these stories that still live within me.” Like so much else in his life, the author found that with narrating, “it pays to be prepared. It’s a very physical task, on top of the intellectual and emotional effort--if you find yourself slouching and your voice fading, you’ve got to do something about that! People can tell that; they can hear it in your voice.”

In the end, he says, “I was glad I did it. I did it because it was my story and so particular to my life. I hope it helps people figure out who they want to be by giving them examples from my life of how I figured out who I wanted to be. I wish them good luck with that.”--Jessie C. Grearson