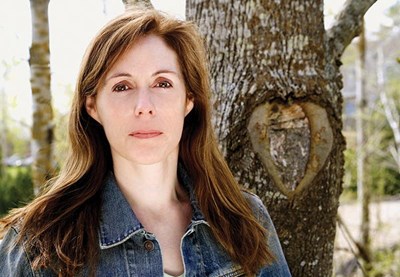 “I can make a lot of notes about a book, but until I can hear the character talking in my head, I can’t write it. You could say that my books are audiobooks first, which I then translate into text." 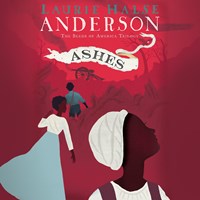 Laurie Halse Anderson’s newest character, Lia, of WINTERGIRLS, hears voices. And so does the author! “I can make a lot of notes about a book, but until I can hear the character talking in my head, I can’t write it. You could say that my books are audiobooks first, which I then translate into visual text. I think that’s why I am so particular when it comes to listening to audiobooks. If the narrator’s voice doesn’t ring comfortably inside my skull, I can’t listen to the book.”

Anderson was a language and linguistics major in college and picks up accents and new languages quickly. “There’s something about the shape of a spoken word that resonates within me. Storytelling is traditionally an experience shared by the speaker of the tale and the listener. Written text is a relatively modern construct that doesn’t always carry the same impact as the spoken story.”

Lia, Anderson’s newest protagonist, struggles with an eating disorder that threatens to kill her. It won’t take listeners long until they’re deeply inside the heroine’s head and heart. How did Anderson get involved with her character? “She got into me. There’s some of me in Lia’s character, no doubt. I’ve fought a bad body image most of my life, though I was never as close to the edge of death as Lia is. But her voice in my head is very distinct from my own. By the end of the book, I felt like Lia was haunting me, much as Cassie [Lia’s best friend who dies early in the book] haunts Lia in the story. It was a little unnerving.”

Anderson’s work is diverse. She zips between genres and age levels. She might write a picture-book biography, then a historical novel, then on to a hard-hitting contemporary fiction for young adults. “I love jumping back and forth between the forms. I think it keeps each book fresh and exciting for me because I don’t have to grind out the same old, same old all the time. I think the best parts of my stories are written in my subconscious brain, anyway. My subconscious prefers to play in a different pasture than my conscious self. I can’t imagine doing it any other way.”

Whatever the form, each book has an innovative and gripping voice. Wintergirls, for example, is filled with word cross-outs that contribute to the character’s tone. “They’re a critical clue to understanding the main character’s struggles. I decided that strike-throughs give a stronger visual impact than the typical narrative devices. I first saw them used on blogs and realized they’re the perfect device for an unreliable narrator who cannot be honest with herself.”

It’s this authenticity that has won Anderson so many devoted young adult fans, this genuineness drawn from her own past. “I was a confused and depressed teenager. My family went through a very rough patch during those years, and nobody would talk about what was happening to us. I completely understand the struggles so many teens have to cope with. I hope my books accurately reflect their pain and their path to uncover their strength.”--Susie Wilde