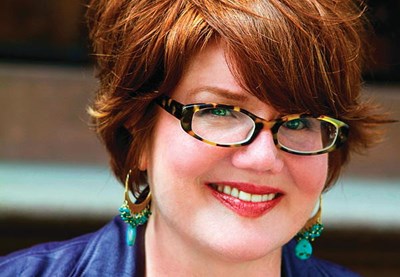 “Audiobooks create a space where the theatrical can take place. In a sense, what’s happening when someone reads to you is that you’re creating theater together.” 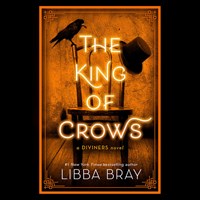 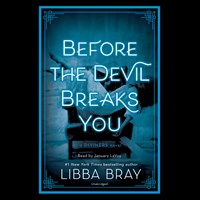 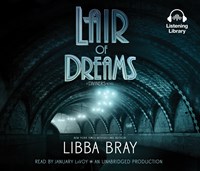 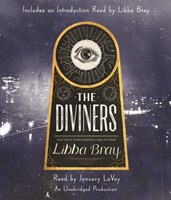 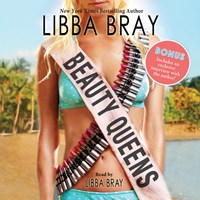 Many authors prefer writing in silence and solitude. Not so for Libba Bray, bestselling author of YA novels. “I’m a morning writer, which seems to run counter to many writers, but my son leaves for school at 7:30. Then I’m out the door. I go to a local café.” When I express amazement, she laughs and explains, “There’s something about being surrounded by people who are engaged in life and doing their thing. For me, it’s like a white-noise machine.”

Bray, winner of the 2012 Audie Award for her narration of BEAUTY QUEENS, a YA satire filled with outrageous humor, says her inner-15-year-old is always right below the surface. While the book is set on a desert island and there is an arms plot, Bray deals with the female experience in an effort to subvert gender stereotypes. “The book explores all the facets of what it’s like to grow up female with body image concerns and the beauty myth,” she says. “I think that’s been around forever. It’s still the same issues. We never stop coming of age, so what we were dealing with at 15 we’re still dealing with at 40.”

Bray, once a theater major, was totally surprised and delighted by the Audie Award but admits she had no idea how difficult the process of recording her own book would be. “I’d never done it before. I assumed you just go in and read your book, and then you’re done. No, not quite. You put in these 8 and 9-hour days!” When she left the booth, she thought, “I don’t even know how to say the word ‘cat’ anymore. It was really a lot of fun, but that particular book lent itself to my being able to do it. I certainly couldn’t do THE DIVINERS.”

THE DIVINERS has a huge cast, and one of the great challenges Bray faced while writing it was keeping all the characters and perspectives clear. It’s the first in a four-book series. “I’ve got so many character threads. I’ve got the plot, the arc of that particular book, but it’s like Grand Central Station. It basically all lives inside my head like a great big tangled ball of yarn, and I’m constantly looking for the thread that I’m going to pull out to try to unravel everything.” After listening to many talented actresses, she was instrumental in selecting narrator January LaVoy to narrate the audiobook. “She’s truly wonderful. You’re in for a real treat if you listen to it.”

Bray admires the tradition of oral storytelling and acknowledges that there’s something wonderful about being read to. “Audiobooks create a space where the theatrical can take place. In a sense, what’s happening when someone reads to you is that you’re creating theater together.” She reads her work aloud when she’s writing but tries not to do it when she’s in public. “Sometimes when I’m thinking through something in my head--and it’s often when I’m on the subway--I’ll realize that I’m kind of acting it out and making faces, and I’ll look up and I’ll see people looking at me like: ‘What is that lady’s problem?’ If I’m at home, then I’ll talk things out.”

How does Bray know an idea is something she might want to turn into a book? She laughs. “If I get the ‘spidey sense’ and it starts to tingle, eventually I’ll think that it’s something I want to pursue. The idea is kind of like a stray dog that shows up on your porch. You look at it and you think, ‘I’m not letting this mangy thing in my house.’ And then you say, ‘All right. You can come in, and I’ll give you some food, but then you have to go.’ And then you say, ‘Yes, you can come in, and you can have the food, and then you can sleep right there by the fire, but that’s it.’ And before you know it, you’re calling it ‘Spot,’ and you’ve bought it chew toys, and it’s yours.”--S.J. Henschel