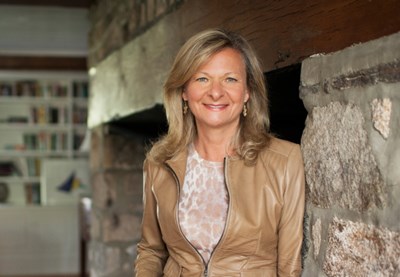 "Listening helps me tap into what she calls the aural component of writing.” 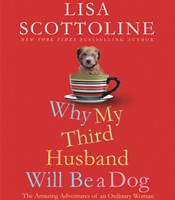 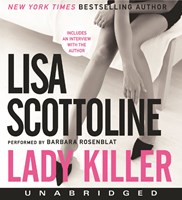 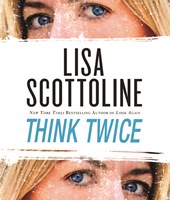 About audiobooks, from Lisa:

Take An Audio Book Along For The Ride

Audio books have become more and more popular as everyone's lives have become busier, and Lisa is a big fan of them. If you love to read, but just don't have the time, an audio book is a terrific way to take care of business, while simultaneously being entertained. Audio books can turn even the most tedious of tasks, such as commuting to work, cleaning the house, or waiting in the doctor's office, into pleasurable experiences. They make great gifts for the elderly, sick or frequent travelers. Of course, they are also the perfect way to read on the beach without ruining a good tan!

2014  Best Voice in AUTHOR-READERS with daughter Francesca Serritella: Have a Nice Guilt Trip

When bestselling author Lisa Scottoline writes, she surrounds herself with sound. “I have on satellite radio and the Olympics, and dogs are barking in the background. It’s all good for me! At one point, I even had a baby monitor in the chicken coop so I could hear them, too!” Scottoline believes these sounds contribute energy and rhythm to her work. “I like the cacophony. I like voices. They help me think better.” Listening, she believes, helps her tap into what she calls the aural component of writing, helping it “ring true. When the writing rings false,” she explains, “you feel it in your ear.”

Scottoline is best known for her thrillers. She says, “Having a good ear is the most important part of being a novelist. That’s why novels are natural for audiobooks. When readers read a novel in print, they’re saying the words in their heads, and the best writing flows as smoothly as normal conversation.” She adds, “I say every word in every sentence in my novels when I’m writing them, many over and over, until all the bumps are eliminated.”

Not surprisingly, Scottoline is a huge fan of audiobooks. For years, she’s fantasized about narrating one of her novels. But her appreciation for the art of narration (and her feeling that she’d have to suppress her Philly accent) held her back. “I know that I’m a ham, not an actress. And it’s an actress that’s required to flesh out each of these different characters and paint them with a human voice.” She calls those who narrate audiobooks the “opera singers of the written word. They have to use their instrument to create not only a person but an array of people, and the entire world that they populate. I admire their skill, and I want to be them. But I know my limits. I love opera, but I can’t sing ‘La Traviata.’”

But when Scottoline’s “Chick Wit” column for the PHILADELPHIA INQUIRER was turned into the book WHY MY THIRD HUSBAND WILL BE A DOG, she saw her chance. “I thought, ‘Nobody else can read this. It’s the most personal stuff.’” Still, she worried about being “unpolished. When I get negative like that, I flip it! I said to myself, ‘So isn’t that great that I’m unvarnished! I get to really be myself here!’” The six hours of narration were surprisingly easy for her. “But there were also unguarded moments. When I read about my father’s passing,” she says, “you can hear all that I’m feeling. I did cry when I read that; I couldn’t believe how much saying the words brought the emotion to the surface.”

Scottoline looks forward to the audiobook version of her forthcoming book, Think Twice. What interests her about this new work, featuring beloved Bennie Rosato and her evil twin, Alice, is the intertwining of good and evil. “Take Bennie--she’s my go-to character. I love her. But you know what? She’s got a side to her that’s not very nice! How far off the track will she go?” Scottoline can’t wait to hear who will voice the twins. “The complexity required in that--catching the good in the evil and the evil in the good--that takes an opera singer!”

She pauses. “How great is audio?” she asks with emotion. “I get all moved! I feel lucky to be a writer and so lucky to have my work read by people who . . . sing like Renée Fleming. And, occasionally, by me!”--Jessie C. Grearson