"I’m not an organized writer. I should write every day, but I don’t. I write in spurts and drive my editors crazy." 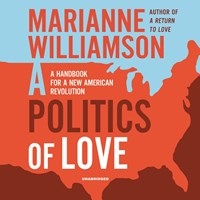 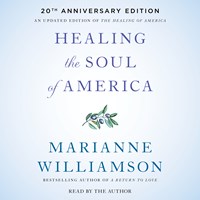 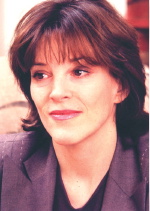 It would be hard to find a more prominent teacher of the Course in Miracles than Marianne Williamson. She first heard the course—a grassroots nondenominational guide to spiritual psychotherapy—in Los Angeles in the late 1970s. As a student of philosophy, she was looking for something she didn’t find in any of the jobs and careers she’d tried. "I did things in my 20s that a lot of young people did who were looking for themselves. I really didn’t get focused until I heard the Course in Miracles."

She continued studying the lessons and in 1983 organized her interpretations of the course into a talk she gave at a philosophical teaching center. By popular demand, she began giving the talks every week and in 1992 shaped her insights into a bestselling book, A RETURN TO LOVE. Fortunately for millions of her fans, she continued writing, along with spending periods of her life as a church pastor and organizer of humanitarian organizations.

Embracing an alternative religious approach has not been without controversy. Detractors complain that the course is a watered-down New Age form of Christianity. She defends the approach to spiritual growth, saying that it represents a faith "probably closer to what was believed by the earliest Gnostic Christians, who really started out as a sect of Judaism." This less restrictive interpretation of Christ’s teachings is exactly what hooked Williamson, a descendant of Russian rabbis, and many others who could not warm up to the language and constraints of post–Nicene Creed Christianity.

Along with many of her live presentations, Williamson has had most of her nine books produced in audio, including her latest, THE GIFT OF CHANGE. Though she likes reading her own material, she adds, "Sometimes I think I’d like to have my books read by others, but I give talks about these things all year long, so I guess it’s assumed I do the narrating. I can’t say that studio recording is not fun, but it is hard work. Most of the time the script is edited or abridged, so while I’m reading, I’m thinking, ‘Oh, they shouldn’t have taken that out!’ or ‘Oh, they left out that whole section!’"

An energetic and natural speaker, Williamson often frets about her writing habits. "I’m not an organized writer. I should write every day, but I don’t. I write in spurts and drive my editors crazy." She has a Web site—www.marianne.com—and recently started the Miracle Matrix—a Web-based subscription resource that reports change efforts around the world, offers downloads of her work in various media, and provides regular journal entries by the author. "I’ll have to get used to writing on more of a schedule."—Thomas Walken