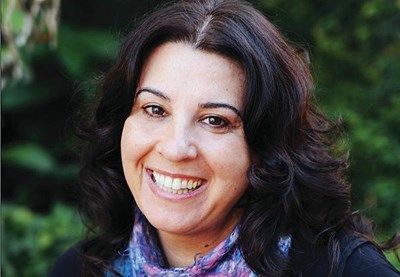 "it’s a bit of a shock as a writer to have your own book read to you. You don’t ever get to creep inside the head of a reader and see how they say words, but with an audio you do.” 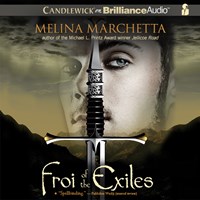 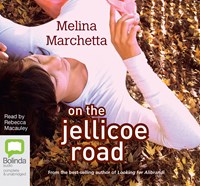 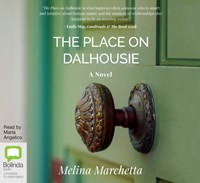 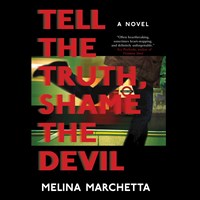 Australian author Melina Marchetta is always excited about listening to her books on audio. “It’s kind of like the end of a journey for me, but it’s also a bit of a shock as a writer to have your own book read to you. You don’t ever get to creep inside the head of a reader and see how they say words, but with an audio you do.”

She thinks Jeffrey Cummings did an amazing job with the characters in FINNIKIN OF THE ROCK, the first in her Lumatere series about a fantasy world, its kingdoms, and the complex characters who people it. “One of my favorite characters in these books is Perry the Savage. And whenever Perry spoke, my heart would be beating so fast. You think you know your characters really well, and then actors bring another dimension to them. I’ve always been so grateful that the actors chosen have been so solid.”

Marchetta believes Grant Cartwright’s reading of her second Lumatere book, FROI OF THE EXILES, took off when he began giving the characters such different personalities. And she loves that Finnikin, Lucien, and Froi have Australian accents. “I kept thinking that they could have been Australian guys, and I love that about them.” At first, she thought Cartwright was over the top. “I remember being in a car and just laughing because it was so theatrical and loud. Then I thought, ‘Wait, my character WOULD sound like that.’ By the end, I just loved him to death. Even though it’s a long book, his enthusiasm doesn’t flag for one moment.”

QUINTANA OF CHARYN, the third Lumatere book, due for release next spring, will conclude Marchetta’s trilogy. And after? She’ll take a break from the long novels. “I’m a bit sad, but it’ll be a bit of a relief to have a rest. I just want to step out into the world a bit again and talk to people during the day.”

And she’s taken on exciting new projects. “I like doing something completely different, and I know that sometimes that upsets my readers. I’m sure that people who loved my contemporary were upset about the fantasy, but I tend to go where a story goes and try not to plan so much in advance.”

When she first dreamed of FINNIKIN, she asked her editor to talk her out of the idea. In earlier works she’d portrayed the contemporary world so convincingly that her third one, ON THE JELLICOE ROAD, won the 2009 Printz Award for best YA fiction. Currently, she’s collaborating with Australian writer-director Cathy Randall on a film adaptation of JELLICOE ROAD, and they’ve recently begun a new collaboration that’s contemporary and related to the world of that novel. “Our pitch is that it’s a ‘West Wing’ for teens.”

Marchetta’s listening experiences are as varied as her writing life. As she wrote Quintana, she listened to the audio of FROI, which helped her keep the continuity going. Currently, she’s listening to THE GREAT GATSBY as she composes a foreword to the Australian version of that book.

She also keeps up with writing friends via audiobooks. “I started reading BITTERBLUE, and I wanted to listen to that because I know Kristin [Cashore] really well.” She’s also got the new Garth Nix book (A CONFUSION OF PRINCES) in her queue.

Marchetta’s audio favorites? Kiran Desai’s THE INHERITANE OF LOSS and Cormac McCarthy’s THE ROAD. She feels INHERITANCE’s narrator, Meera Simhan, helped with the many Indian accents and words that she might have skipped over as a reader and gave “such a beautiful music to that book. And the narrator of THE ROAD could bring about 20 emotions alive in one phrase.” That book was so haunting that it woke her in the night with the narrator’s voice in her head.

“It was an amazing experience I’m not sure I want to have again!”--Susie Wilde