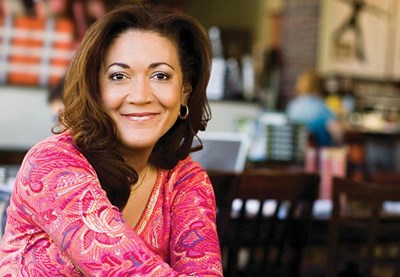 In the new collection of radio news stories NPR AMERICAN CHRONICLES: CIVIL RIGHTS, all the bold-face names are represented--Martin Luther King, Jr., Rosa Parks, Malcolm X, and others--but the most moving moments come from details of what life was like in the segregated South during the Civil Rights Movement of the 1950s and ‘60s.

The latest collection is narrated by “All Things Considered” co-host Michele Norris, who tells the stories of the Montgomery bus boycott, the March on Washington, and other historic events through the eyes of the people whose unheralded duties made the movement successful.

“The coverage of the Civil Rights Movement is grand, but also granular,” Norris says. She notes the invaluable “Green Book,” a travel guide that advised African-Americans where they could get a meal or spend the night without discrimination and, more importantly, what places and establishments they should avoid.

“As a kid, my family had a ‘Green Book.’ It was like a Zagat’s, but it meant much more than that because if you stopped at the wrong place, you could be imperiled. There were some surprising things. I looked up Minnesota, where I grew up, and there’s a little town that has more places that were hospitable to people of color than Minneapolis, St. Paul, and St. Cloud combined. You had to wonder what was going on in that little town.”

Norris says she sees a link between what she herself does now and the responsibilities that came with the service job of the Pullman porters who worked aboard long-distance train routes. “I had an uncle who was a Pullman porter. That was a revered position. I know how much he was looked up to, and I know what he was exposed to. He’d come home and tell us about all the places he’d been and what he’d seen. In some ways, he was a reporter because he eavesdropped a lot.

“Sometimes activism roars, sometimes activism whispers, and sometimes it bakes,” Norris says. She’s glad there’s a story in the collection about women who baked pies during the Montgomery bus boycotts. “The participants were waging a nonviolent war, sometimes far from home, and you can imagine how much it meant to have a home-cooked meal. That was an act of sacrifice that people who were riding those buses really appreciated. I bet they remember what that pie tasted like to this day.”--Randy O’Brien