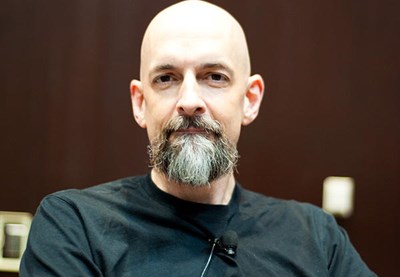 “With better sound quality and faster downloads than ever before--audiobooks are in a very nice zone at the moment.” 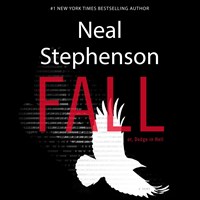 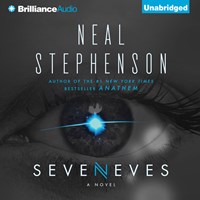 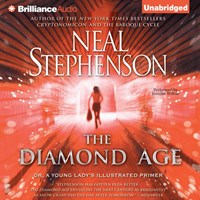 Neal Stephenson may not be your average New York Times #1 bestselling author. He’s staked a claim to having written some of the most intricately detailed, philosophically dense, and tightly plotted novels of the past 25 years.

A number of his books run well over a thousand pages and are replete with fascinating asides, technical charts, detailed illustrations, and mathematical and/or scientific formulas.

For his vast 1999 novel, CRYPTONOMICON, which deals in depth with code breaking and data storage and manipulation, Stephenson took it upon himself to make the book more audiobook-friendly by writing additional material that worked to convert his complicated formulas into prose and then was read along with the rest of the book’s narrative.

It has become routine for Stephenson’s audiobook producers to send him long lists of questions for clarifications and word pronunciations before any narrator even attempts to start to record. Using a tape recorder, Stephenson meticulously goes down the list and reads every word and term aloud to get the exact pronunciation he heard in his head when he wrote the lines. His recording is then sent back to the producers to act as a guide for the final audiobook.

When Stephenson realized the action of his 2008 science fiction novel, ANATHEM, would take place in an alternate reality on a distant planet, he warmed to the challenge of developing an entirely original vocabulary for the alien character names and his penetrating metaphysical discussions. He went so far as to open each chapter of the book with a quote from Anathem’s glossary.

The dictionary drew Stephenson more than ever into the audiobook process.

“I got to be the dictionary,” he says with obvious relish. When ANATHEM’s audiobook producers were presented with the daunting challenge of reading these new, weirdly pronounced terms aloud, they realized they’d have to cast an extra narrator with very specific skills. So they asked the author to read the quotes himself. “They set me up in a studio in Seattle, and away I read,” Stephenson says.

Like most authors, Stephenson is glad to leave the heavy lifting to the professionals, but he has clear ideas on how his books should sound, so he has taken a major role in the casting of his audiobooks.

For his eight-volume, cross-genre (historical and science fiction) Baroque Cycle, which clocks in at a cool 129 hours of listening, Stephenson knew the book was going to demand a very special narrator. “I know my prose can be somewhat over the top. There are extraordinary situations and actions taking place, so you don’t want it to be too much. It has to be understated.”

Simon Prebble’s name immediately rose to the top of the list. For Stephenson, the English-accented, award-winning veteran narrator of more than 500 audiobooks was the perfect choice for Baroque Cycle, which revolves around the golden age of Newtonian science. “Simon is great at that style,” Stephenson says.

“He brought a dignity and pace that are just right.”

Stephenson adamantly claims he’s not an autobiographical writer. “I don’t draw from my life. That would be impossibly dull. I like getting into the heads of characters who are very different from me.”

That sense of character, firsthand research (including a trip to China), and a goal to present extreme drama are the ingredients of Stephenson’s latest novel. REAMDE is a little bit of a fun departure for the author--a nonstop present-day thriller. Stephenson was aware that a novel pitting mobsters, jihadists, and cyberpunks against a resourceful group of computer geeks would be produced for audio downloads. “REAMDE is 100 percent audiobook-compliant,” he quips.

For Stephenson, the audiobook world has come a long way from the “demoralizing” abridged cassettes he was faced with 25 years ago. “With better sound quality and faster downloads than ever before--audiobooks are in a very nice zone at the moment.” That seems like a good place for us all to be.--Brian Price