"There’s something about hearing a poet read in their own words that can be very moving, in a way that tells you so much about the poet. It offers an access to the poet when hearing the voice.” 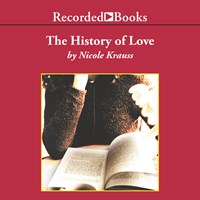 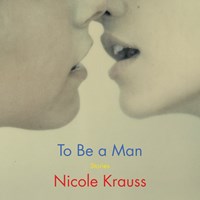 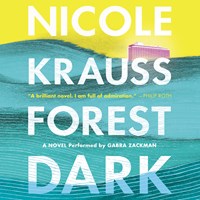 After her short story “From the Desk of Daniel Varsky” was published, Nicole Krauss couldn’t stop thinking about it. “I thought that maybe I should open it back up again, and as soon as I did that, I realized there was so much more to say.” The resulting novel, GREAT HOUSE, was named a finalist for the 2010 National Book Award in Fiction. Krauss is no stranger to awards; her first novel, MAN WALKS INTO A ROOM, was a finalist for the Los Angeles Times Book Award, and her second, THE HISTORY OF LOVE, won the William Saroyan International Prize for Writing in 2008.

Krauss has never written her books with any sort of plan or blueprint in mind. “Everything in that book [GREAT HOUSE] is the result of an accident or an intuition. When I was writing the book, I didn’t think of the desk as the central metaphor. I thought of echoes and symmetries, locking and hooking and stitching forces together and making them into a whole. I like to create a lot of different stories that are remote from each other in time and space and then to explore the places where naturally they’ll begin to connect. It’s very satisfying, in the same way the poet finds writing a metaphor satisfying.”

As early as age 15, Krauss took seriously the idea that she wanted to be a writer. She wanted to be a poet. When Krauss was in college, one of her great delights was listening to recordings of poets reading their works. “In audiobooks, most of the time you’re not hearing authors read; you’re hearing actors, which has its own wonderful charm. But there’s something about hearing a poet read in his or her own words that can be very moving, in a way that tells you so much about the poet. It offers an access to the poet when hearing his voice.” She remembers listening to recordings of W. H. Auden, T. S. Eliot, and William Butler Yeats. “They were quite special. Listening to people who were so long gone and yet having their voices come back to you in that ghostly way was wonderful.”

It wasn’t until she was 25 that she thought, “as a kind of sideline exercise,” she might try to write a novel. “And it turns out that I love to write novels, and that’s what I’ve been doing ever since.” Like most beginning writers, her biggest concern was whether anyone would publish her work, and even more, whether people would actually want to read what she wrote. She credits Russian poet and essayist Joseph Brodsky with being her friend and mentor. “Brodsky was a most wonderful reader, particularly in Russian. It was like listening to a deep dirge, a kind of song.” Many other writers have influenced her work, including Polish writers Bruno Schulz and Zbigniew Herbert, Austrian novelist and playwright Thomas Bernhard, and Chilean novelist and poet Roberto Bolaño Ávalos. “I think of them as my ‘school,’ my education.”

While she doesn’t listen to audiobooks, Krauss has great respect for the medium. She wrote her university honors thesis on the birth of radio and how that medium changed and helped literature. “The very first radio broadcast ever was a poem, and that disembodied voice of the poem and radio are a beautiful coupling.” She also wrote and produced a radio program about Joseph Brodsky after he died, using many different voices of people who’d known him, as well as his own voice from interviews and recordings of his reading. “The voice, the sound of the voice, has meant a lot to me.”--S.J. Henschel