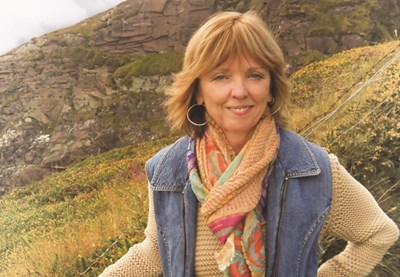 "Every narrator brings something to the story, and it’s interesting to see their take." 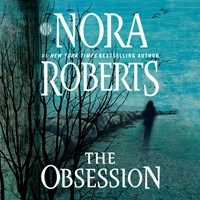 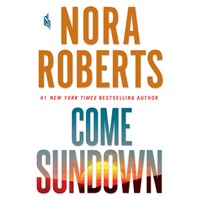 According to PUBLISHERS WEEKLY, Nora Roberts has written more bestsellers than anyone in the world. How does she do it? “Reading is the best writer’s tool in the box,” Roberts says. “I did plenty of that as a child. I think sometimes you’re just a born storyteller. You have to learn the nuts and bolts in order to turn that storytelling ability into articulating an entertaining story on the page, but a lot of times it’s instinctive.” Since her first published book in 1981, Roberts has produced about seven books a year. She adds, “It doesn’t matter how fast I write, it’s the quality of the output I care about. My books are about people. They’re character-driven. Relationships are the key to all of my books.”

Roberts thinks audiobooks are “absolutely marvelous,” not only for the visually impaired, but for everyone. “I get the most charming letters from these big burly truck-driving guys who really love my audiobooks. One guy said that somebody had passed him one of my books. He said, ‘Man, I can’t read something like that. You know—a girl book.’ But he was on the road, and he needed something, and it was there, and he got totally addicted to my books. He keeps telling me in letters that he’s a ‘real guy.’” She laughs delightedly, “But that’s the sort of thing I get quite a bit from truck drivers.”

Even with her disciplined writing schedule, Roberts agrees “you have to make time,” for reading. “I have to have a book. I just have to have one. I work about eight hours a day, but so does everybody else.” She’s listened to a few of her own audiobooks, just to see how the narrator interprets them. “Everyone I’ve listened to brings something to the story, and it’s interesting to see their take. I’m always amazed at how they get it. In hearing from my audio fans, I get the same sort of feedback.” Her own reading preferences are eclectic. “I do have authors I go back to time and time again, but I’m always open to new ones. I really like popular fiction. That’s why I write it. I tend to use that for my reading or listening entertainment.”

While she listens to audiobooks “occasionally,” Roberts confides she doesn’t dare listen when she’s driving. “For me it’s like being told a bedtime story. I get so relaxed I often fall asleep. I get into the book, and it’s so soothing, I just sort of drift. I like to listen when I’m gardening or walking around. Then they’re a lot of fun, but I can’t operate equipment when I’m listening.” She adds, “If someone else is driving, then I can listen, because if I fall asleep, I’m not going to kill us or any innocent bystanders.”—S.J. Henschel