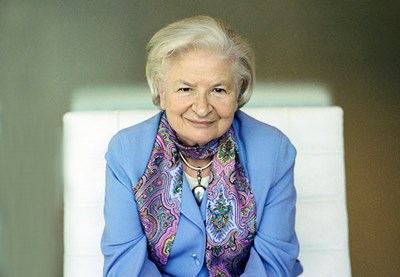 "I’m so glad [audiobooks] are being made. Many people are too busy to sit down with a book; audiobooks free them to listen when they can.” 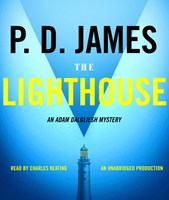 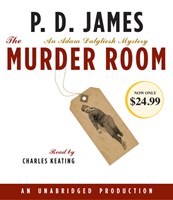 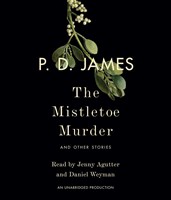 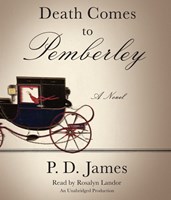 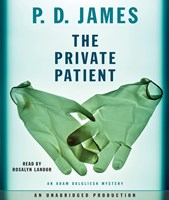 P.D. James says that the detective novel is the modern equivalent of a medieval morality play. A fearful act, namely murder, is committed, which tears the social fabric and damages individual lives. Through the actions of a judicious investigator, the killer is identified and peace is restored.

While the killer was inevitably punished in early detective novels such as Agatha Christie’s, James says, “That doesn’t always happen in our modern world, nor does it happen in my books. But you always learn the truth; that is important. And life does continue. These days when you might die in a terrorist incident on your way to the shops, I think that reading such a novel restores our belief in a rational and generally benevolent world.”

Lady James—she was made Baroness in 1991—answers her telephone with a welcoming, “P.D. James here.” She is an enthusiastic conversationalist who listens generously and laughs often. She is known to be as loved by her writing colleagues, who praise her kindness and humor, as she is by her readers, who have made her a bestselling author.

James has just published her seventeenth detective novel. The medium continues to satisfy and fascinate her. “We write what we need to write,” she says, explaining that she is frightened by violence, “particularly the psychological disorder implied by irrational violence.” She writes to examine havoc and to restore order.

“Although,” she adds with a sudden gust of laughter, “I certainly wouldn’t want anyone going through my dresser drawers. Goodness knows the mess they might discover!”

P.D. James has been telling stories since childhood when she made up bedtime tales for her younger brother and sister. They featured a character named Percy Pig and were, she says, “highly improbable.” While James has abandoned dubious porcine plots, her love of the spoken word persists. Every day, she writes longhand on lined paper; then when her secretary arrives late morning, James dictates the morning’s work to her. She says that reading aloud helps her to hear what works and what doesn’t, particularly in conversational passages.

James also listens to the audio versions of her books, which she praises warmly. “I’m so glad they are being made. Many people are too busy to sit down with a book; audiobooks free them to listen when they can.” Given the daily dictation that is part of her writing technique, she is especially pleased with the “marvelous” narrators chosen for her books. “They make all the difference,” she says.--Aurelia C. Scott