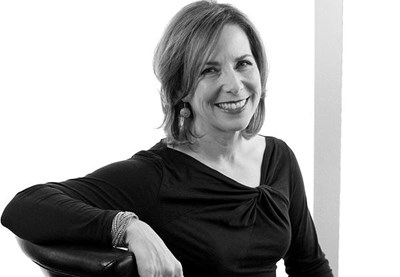 “As a writer you can try to convey what you want the reader to feel, but it could be read flatly. [Narrators] read so that when your heart’s supposed to be aching a little, she brings that out.” 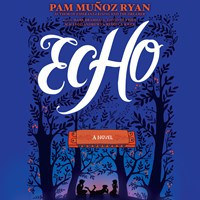 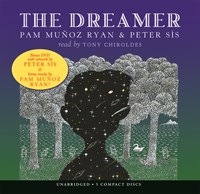 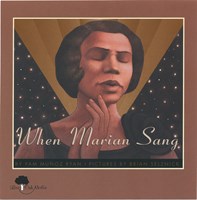 Ryan’s journey began, as it often does, with investigation. She read and reread dozens of horse classics, discovering that most of them featured male protagonists and a horse that helped the hero win a prize. “Right away I knew I wanted to shake things up--to create both female and equine heroines and to have reciprocity, where the human wins something for the horse as well.”

Ryan began to question her ability to understand the world of horses because she didn’t know how to ride. Horse riding had been one of her childhood dreams, but her family, while rich in storytelling, didn’t have the funding to finance her desires. Suddenly, as an adult, Ryan found herself in the hands of a trainer who, like her fictional heroine’s Aunt Vi, was “demanding, but kind.” Ryan took hundreds of lessons to prepare for two Western research rides and learned to stop memorizing the technique tips she’d researched and take to heart her instructor’s words, “Stop thinking so hard and start feeling.”

Ryan experienced an internal journey similar to that of her character, Maya. In PAINT THE WIND Maya moves from living with her controlling grandmother to the happiness of being welcomed by her mother’s loving family. Finally, Maya makes a spiritual connection with Artemesia, the wild mare her mother once loved. In a similar internal journey, Ryan moved from thoughtful research to the tumultuous world of learning how to ride, finally finding spiritual connection when she saw an awe-inspiring band of harem horses and made peace with the “settling and unsettling” elements of the wide open country of Wyoming. Many of these perceptions are captured in Ryan’s journal writings, included as bonus materials on the audio CD.

One of Ryan’s greatest joys about Kathleen McInerney’s reading of her novel is her emotional investment in and resonance with the story. “As a writer you can try to convey what you want the reader to feel, but it could be read flatly, losing the emphasis that moves the story forward emotionally. McInerney reads so that when your heart’s supposed to be aching a little, she brings that out. It’s everything I never expected!” Ryan actually had a chance to meet McInerney at a book signing in New York and learned the narrator felt that the novel had put her on a journey--she felt herself to be a different person at the end of the book.

Ryan also remembers another powerful journey involving the audio medium. When her daughter worked in a home for troubled teens who read at an elementary-school level, Ryan sent some audios, not knowing if they’d succeed or not. “Because they were audios, there wasn’t a youngish cover or enlarged text to hide. They provided an anonymity and a dignity that made them hugely popular.”

Author and narrator journeys count for much, but the journeys made by readers are the ones that every author hopes to inspire.--Susie Wilde