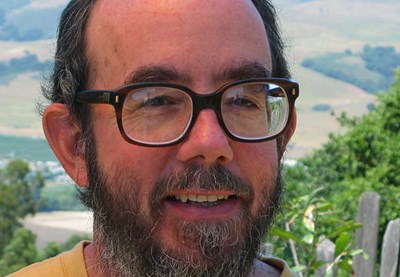 “[My father] read his books out loud to my sisters and my mother and me as they were being written. That was my introduction to books and language. It was theater.” 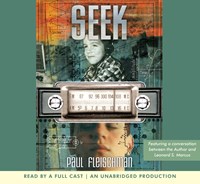 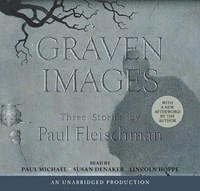 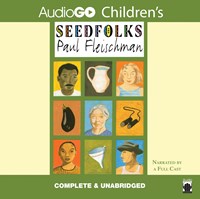 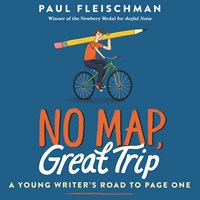 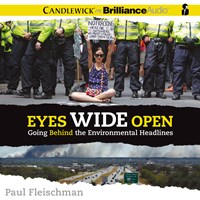 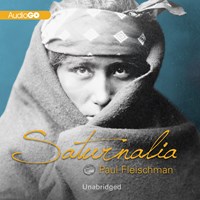 Books often lend themselves to audio, but Paul Fleischman’s books are written with sound in mind. His several books of “poetry for two voices” include JOYFUL NOISE, AM PHOENIX, and BIG TALK. His Civil War novel, BULL RUN, is an oral tapestry told in 16 voices. MIND’S EYE is composed entirely of dialogue between a teenaged paraplegic and her 88-year-old roommate. SEEK is the story of a young man searching for his father, an itinerant disc jockey, using shortwave radio.

We asked Fleischman about his love for the sound of storytelling. “It goes back to my father,” he told us, referring to Sid Fleischman (who, like his son, is a Newbery Award-winning children’s author). “He read his books out loud to my sisters and my mother and me, chapter by chapter, as they were being written. That was my introduction to books and language. It was theater, without curtains or props.”

As a child growing up in northern California, Fleischman saw himself as a loner until “in fifth or sixth grade, we read THE BAD SEED as readers’ theater, and I was captivated. It was so fun. That was around 1962. Over the years, we did ANASTASIA and THE CAINE MUTINY. I didn’t understand it, but I enjoyed just being part of it.”

Born too late to enjoy live broadcasts of radio classics like “Amos and Andy” and “The Bickersons,” Fleischman nevertheless draws much of his storyteller’s sense from listening to radio. From fifth grade through high school, he dabbled with shortwave radio, an experience that lent itself to writing SEEK. He was a dedicated listener to “Credibility Gap,” a late-‘60s news spoof featuring Harry Shearer. L.A. Dodgers games, brought to life by Vin Scully and Jerry Doggett, were “like a three-act play with a beginning, middle, and end. You never knew how it was going to turn out, and you got lots of anecdotes along the way.”

Fleischman enjoys having his work adapted to audio recordings but recognizes that actors and directors sometimes interpret characters differently from the author. “With that many actors,” he explains, referring to his various full-cast audiobooks, “the author has to relinquish some control.”

Today, Fleischman and his two teenaged sons enjoy listening to audiobooks, as well as radio programs like “Selected Shorts,” “This American Life,” and “City Arts and Lectures.” “I like the serendipity of listening to the radio. You never know what you’re going to find.”—Steven E. Steinbock