"I started being a storyteller when I started writing. I don’t recall being a verbal storyteller prior to that time. When I was a little kid, though, I used to write comic books. So in that sense I started early." 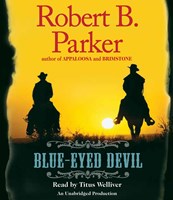 Talking with Robert B. Parker 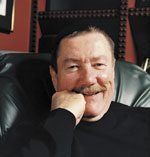 Like Spenser, the ex-boxer turned private eye, played on television by Robert Urich and then Joe Mantegna, Robert B. Parker seems tough, mysterious, and hard-edged. But very quickly, appearances give way to the twinkle in his eye and the sincerity behind his tight-lipped smile. "I started being a storyteller when I started writing. I don’t recall being a verbal storyteller prior to that time. When I was a little kid, though," he muses, "I used to write comic books. So in that sense I started early. My father read to me often. Every day. He never told me stories," he adds, referring to made-up bedtime stories. "I don’t know if anyone does that anymore. That may be a lost art. But, yes, I was read to every day as a kid. The two most memorable were Winnie-the-Pooh and Joel Chandler Harris’s Uncle Remus stories. I was a kid quite some time ago."

Parker’s storyteller’s ear was also shaped by radio. "When I was a kid, that was the only thing there was. There was no TV. I didn’t see television until I was 18. We all listened to radio in the evening, all the classic radio shows. Plus, of course, the ones for kids, on in the late afternoon, like ‘Jack Armstrong, the All-American Kid.’ "

In 1971, Parker, then on the faculty of Northeastern University, wrote his doctoral dissertation on the writings of Raymond Chandler and Dashiell Hammett. This interest in detective fiction foreshadowed the hard-boiled quality of the Spenser novels and led the Chandler estate to ask Parker to complete Chandler’s unfinished novel, Poodle Springs, in 1990. "My father used to read detective stories. He would have them around. I read all of Ellery Queen, Craig Rice, Geoffrey Homes, people you may not have heard of."

Although not a regular audiobook listener, Parker is proud of the performance of his youngest son, actor Daniel Parker, who read the audio adaptation of his 1994 novel, Walking Shadow. "Dan is a sufficiently competent actor so that in a little while I forgot that he was my son. It’s just like listening to anyone else, and since he is an unusually good actor, it’s like listening to a guy who reads better than most of the other guys.

"I won’t do readings," Parker says about author readings at signings and other events. "I don’t know why anyone wants to listen to anyone read their books. When I’ve heard it done, I found it more boring than the dentist. I don’t have the skill to give you an interpretation of my work. I think it’s best that you read it yourself or listen to a competent professional reader like Joe Mantegna. I think Joe’s a very fine actor. He really got the character in the three movies that we did. I thought he fully understood the character in a way no one has up to now."

In addition to his 30 books featuring Spenser, Parker has written three novels about Boston PI Sunny Randall (a role written originally for Helen Hunt) and four novels about Jesse Stone, an LA cop relocated in Paradise, Massachusetts. His non-series works have included Gunman’s Rhapsody, about Wyatt Earp, and an upcoming novel about Jackie Robinson, due out in June 2004.—Steven E. Steinbock