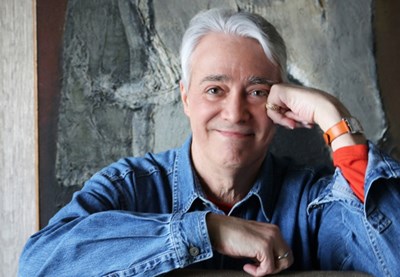 "Audio can engage us and sweep us along in a whole new way." 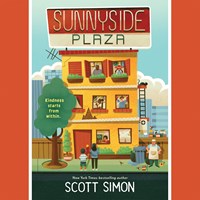 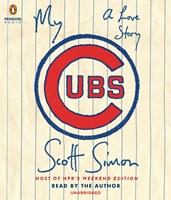 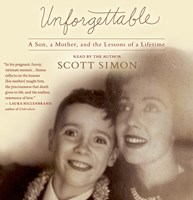 Scott Simon talks for a living, so one might think that narrating the audio version of his most recent book would be a cinch. But the longtime National Public Radio reporter and host of NPR’s “Weekend Edition Saturday” discovered that reading a memoir aloud brought special challenges as well as pleasures.

The book blends the life story of Simon’s mother, Patricia Lyons Simon Newman, a lively, lovely, and wise former showgirl; Simon’s remembrances of growing up as her son and acolyte; and a description of their final week together as she lay dying in a hospital intensive-care unit.

During that week, Simon, who maintains an active Twitter stream with over a million followers, found himself tweeting about everything taking place inside “the four walls” of the ICU. “My mother was so funny and interesting. And she was a public person. She bloomed at the center of the circle of attention.” Tweeting also helped spell the inevitable emotional pain. “You may want to write a personal reflective essay, but you’re overwhelmed. I found that I had just enough energy for a tweet.”

Writing the tweets may have been cathartic. Revisiting them to write the book was tough. “On some level, I thought I could be on autopilot. I was wrong. The raw emotion was very difficult to reread. It was harder than the writing sometimes.”

Recording the memoir took the better part of three days in the studio, but for a radio host, that long in front of a microphone wasn’t an issue. Instead, the question was how to use his voice differently than he does on the job. “The producer, Paul Ruben, was absolutely terrific. He said, ‘It’s an audiobook, not the news.’ So that while I had to be recognizably myself, I’d need to learn how to communicate long-form narrative.”

“Scott is a natural storyteller,” comments Ruben. “I wanted him, in effect, to invite listeners into his living room so they could experience this deeply personal story with him.” He managed the difficult task beautifully, says the producer.

It helps that Simon comes from a family of performers. His father, “the village comedian,” told Irish jokes, complete with the accent. His Irish-Catholic mother loved priest-minister-rabbi jokes in which the rabbi gives the punch line. “She always did the Yiddish inflection.” Simon, who describes himself as an eager, if not expert mimic, grew up imitating his aunts and uncles, and after his parents’ divorce, “my mother’s boyfriends. Reading those sections of the book brought back a lot of vivid personalities from my childhood. It was fun.”

By contrast, the scenes in the hospital were “rough emotionally. There was no such thing as throwing the switch of professionalism and bearing down.” Reading those sections brought tears to everyone’s eyes, and in more than one passage in the audiobook, Simon’s voice cracks, although not so much that it interferes with the listening experience.

The audio experience is something Simon thinks about a lot as a writer and radio reporter, and as an audiobook listener. “In my family, we are very much audiobook fans. Audio can engage us and sweep us along in a whole new way. It has to begin with a compelling story, and with words and phrases that are thoughtfully constructed. But if you have that, and a voice--not deep or sonorous or beautiful--but with some personality and a sense of conviction, then audio can be transforming.”

When the entire Simon family is in the car, they listen to children’s books, including some in French because Scott Simon’s wife, Caroline Richard, is French. When the couple is alone, they favor prose stylists such as John le Carré. “His audiobooks are masterful,” enthuses Simon. On a recent trip they listened so intently that they missed every turn. “It’s true!” laughs Richard, who is the family driver. “We looked up, and we were at the Canadian border.”

Busy on book tour, Simon hasn’t yet listened to his own audiobook. “I particularly want to hear the sections where I do my mother’s voice,” he says eagerly, then pauses. “It might be a little rough for me.” Another pause. “But it will be good to hear.”--Aurelia C. Scott