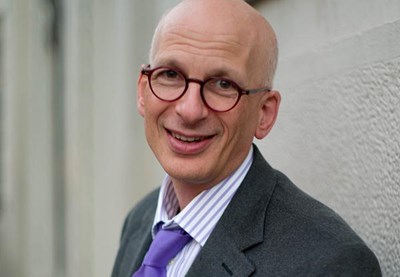 “I really think that a lot of people who buy my books are buying me, too, so I feel an obligation to read them. It honestly never occurred to me to have someone else read my books.” 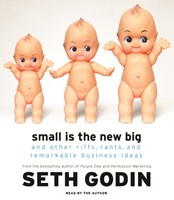 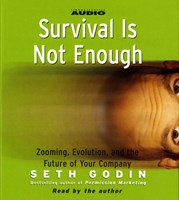 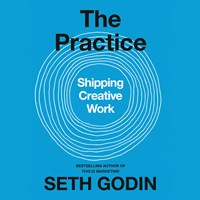 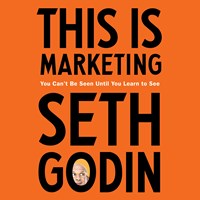 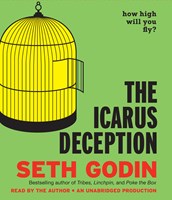 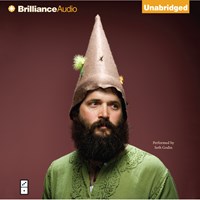 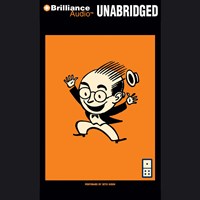 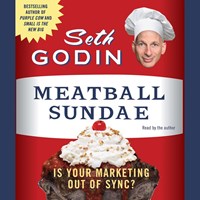 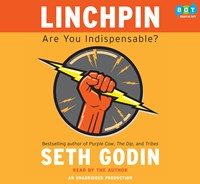 Narration isn’t a high-risk profession, so listeners may be concerned to hear Seth Godin lament at the end of his recent audiobook, THE BIG MOO, that he’s hoarse and having trouble breathing.

“Almost every audiobook I’ve ever done, I’ve recorded in one day,” says Godin by telephone from his East Coast home. “I probably should have spent two hours a day for two weeks reading these books, but I only have two speeds: fast and off.” When the idea of bringing in a professional reader is suggested, Godin bristles. “I really think that a lot of people who buy my books are buying me, too, and, as a result, I feel an obligation to read them. It honestly has never occurred to me to have someone else read my books.”

Part of the reason Godin is a strong supporter of the audio format is that he recognizes the medium’s intimacy. “I had dinner with some people from National Public Radio a few weeks ago, and there was no question that there was a different type of interaction with them from the start because I felt like I knew them.” Audiobooks are also a family matter. His wife is senior counsel for the audiobook download service Audible.com.

Godin sees audio as a valuable marketing tool. “If you have a billboard and everyone in town sees it, it doesn’t have much impact. If, on the other hand, you spend three hours sitting next to someone on an airplane, you can have a lot of impact . . . but that’s hard to duplicate with everyone. What I find in audio is that only a tiny fraction of the world has ever listened to an audiobook, but those who do are loyal listeners.”

Like his peers—Malcolm Gladwell, James Surowiecki, and Tom Peters—Godin’s career is built upon pithy perspectives of business and management. His books, PERMISSION MARKETING , FREE PRIZE INSIDE , THE RED FEZ, and THE PURPLE COW, all emphasize the need for original thinking, risk-taking, and remarkableness. But can we all be remarkable? Aren’t some of us destined for ordinariness? “The problem with being ordinary is that you aren’t very well rewarded and you aren’t very high in demand,” says Godin. “‘Ordinary’ can mean spending 40, 50, or 60 hours a week at a place that you don’t want to be. You’re doing a disservice to yourself, and I can’t encourage that.”

Godin’s recent effort, THE BIG MOO , in which he edited the essays of 33 well-known business writers, offers a slightly different message than his previous works. A lot of it deals with patience, sharing, and giving rather than generating sales. Does this signal a change in direction? No, says Godin, who points out that PERMISSION MARKETING, his first bestseller, was “all about giving before you take. It was controversial back then, and a lot of people who read it were upset with me. I really don’t think my point of view has changed that much.”

What’s next for the marketing guru? Godin is now putting the finishing touches on SMALL IS THE NEW BIG . “I’ve written 200,000 words in magazines and online, and I picked my favorite 100,000 and put them in a book.” Then in traditional Godin-speak, he clarifies. “It’s bite-sized things that make you approach big issues in a different way.”—Richard Stim