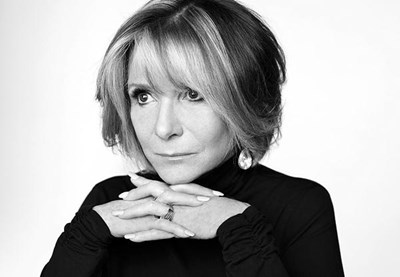 “We’re so busy looking and typing and sending. With an audiobook, you can close your eyes... listen to something that’s telling you a story. It’s a great gift.” 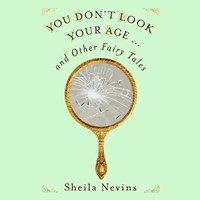 When a publisher invited Sheila Nevins, renowned documentary producer, to write her book, YOU DON’T LOOK YOUR AGE . . . AND OTHER FAIRY TALES, it struck her as a fun adventure. “Like getting a ticket to Morocco!” she quips. But actually writing the book was a longer journey--“more like 100 trips to Morocco”--and full of unanticipated challenges. One of the most difficult? Stepping out from behind the lens. Having worked on documentaries at HBO for decades, Nevins has devoted much of her life to helping others tell their stories. Telling her own was harder.

The fairy-tale format she employed helped a bit with that. Her book offers a kaleidoscopic collection of poems and short stories intermingled with short personal essays, which together offer musings and social commentary on a wealth of subjects such as aging in a youth-obsessed world, shopping, parenting, evolving into feminism, and dieting, among many other subjects. Pieces that are straight memoir, including a piece about her son’s struggles with Tourette’s syndrome, and a particularly painful story involving her mother, who suffered from Raynaud’s disease, are easy to spot. Others will have listeners wondering how much of Nevins’s real life--or which of her acquaintances’ lives--she’s included. “Some stories are complete fabrications,” she notes. “But there’s always a little bit of me in each story.”

But when it came to producing the audiobook version, Nevins found herself on more familiar ground. Her pieces are performed by a star-studded cast that includes Alan Alda, Glenn Close, Lena Dunham, Martha Stewart, and Meryl Streep--and that’s just naming a few. “I said to myself, ‘I’m going ask well-known people, so I don’t bore listeners reading it myself!’ I’m not an actress. I wouldn’t have done a good job.”

Some narrators, like Meryl Streep, chose pieces to read, but Nevins also offered certain pieces to others, guided by intuition. “It was interesting to see if I could tap into a story that would make sense for that person and their life experience. I knew something about the person somewhere that made a connection. That made me think they’d be comfortable relaying that story. For example, I knew Alan Alda feels strongly about equality, especially for women. So I thought he might relate to ‘Par for the Course’ [a story about two young women whose different backgrounds profoundly affect their opportunities in life].” Rosie O’Donnell reads the piece about Nevins’s son. “She has children who have had difficult challenges. And she knew my son, so that was interesting.”

Nevins says, “My heart and soul really moved into the audio. I put everything into it. I truly labored over it. I had it scored with an original soundtrack. We created sound effects. I was at every recording. I wanted this to be like a radio show or a stage presentation.”

She also reads short introductions to each piece--“made up on the spot!”--as a way to keep the selections from running into each other and to help provide emotional shifts between pieces that range from funny to poignant to heartbreakingly sad.

Listening in as her work was recorded, Nevins was bowled over by the power of the narrations. “The piece that Ellen Burstyn read, about the kid who died from an overdose and the parent hitting rock bottom, I didn’t cry when I wrote it. But the whole audio room cried when she read it. I remember thinking, ‘Jesus, that piece really works.’” When Meryl Streep read a story about Nevins’s mother, she marvels, “I could hear my mother’s voice--dead for 30 years! That was a little astounding, hearing my mother’s voice come out of Meryl or my son’s voice when Rosie read that piece. There were these strange moments of familiarity.”

Now at the end of her journey, Nevins is struck by the potential of audiobooks “bursting at the seams,” especially in today’s distracting world. “We’re so busy looking and typing and sending. With an audiobook, you can close your eyes. You can listen to something that’s telling you a story in a way that radio used to. It’s a great gift to a visually overwrought universe.”--Jessie C. Grearson