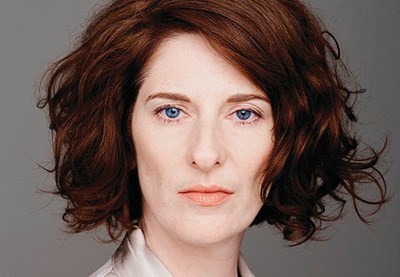 "When I’m writing, I sort of speak the words out myself. In order to get the rhythm, you have to hear it, and you have to say it. That’s the way of turning it into words on a page.” 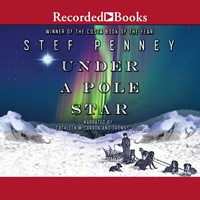 Scottish-born Stef Penney burst onto the literary scene in 2006 with her first novel, the Costa Prize-winning THE TENDERNESS OF WOLVES, a mystery featuring an immigrant farmer’s wife in remote 1867 Canada. Her second novel, THE INVISIBLE ONES, is a noir drama set against England’s Gypsy community in the 1980s. The story is told from two points of view: that of a troubled private eye who had left the Gypsy life behind and that of a 14-year-old boy who is trying to understand his place in the Gypsy community.

Penney was pleased to have Dan Stevens narrate the audio adaptation of THE INVISIBLE ONES. “It was especially a challenge in that you have two first-person narrators. That makes it personal and intimate, and obviously Dan had to get into both of those characters and be intimate and personal with each one. That one of them is a 14-year-old boy makes it a particular challenge.” Having her books adapted for audio was her first significant exposure to the world of audiobooks, but Penney’s background in film and radio made for a fascinating conversation about stories and the spoken word.

“I absolutely love adapting books for radio dramatizations,” she says. “It’s a lot of fun. And compared to film, it’s incredibly quick, and you have so much freedom. In film you’re up against reality, which,” and she begins to laugh, “you don’t have to deal with as a novelist.” Her adaptations have included Apsley Cherry-Garrard’s THE WORST JOURNEY IN THE WORLD, a personal account of Robert Falcon Scott’s disastrous 1911 South Pole expedition, and Herman Melville’s MOBY-DICK, both of which were produced for BBC Radio4. “I’ve been lucky to have been able to do the type of stories that I really love,” she says. “I have this obsession with snow and explorers. I’m that kind of Scot.”

About the connection between the written word and the spoken word, Penney says, “When I’m writing, I sort of speak the words out myself. In order to get the rhythm, you have to hear it, and you have to say it. That’s the way of turning it into words on a page.”

What does Penney like to listen to? “I have a sort of guilty pleasure, an old series of radio detective dramas that my sister introduced me to: Paul Temple by Francis Durbridge. I have a sort of addiction to him. You can listen to the same one over and over again, and it just doesn’t diminish your enjoyment even though you’ve heard it before. You know, they’re all similar. The BBC discovered how popular they are, so they’re rerecording them with the original scripts, using period microphones and props, and they’re really great. It’s incredibly enjoyable. They’ve recently done quite a few Raymond Chandler stories on BBC. They were very good. I don’t know, it’s that comforting thing; it’s like you’re being read to. There’s something very secure and comforting about it.

“Right now, I’m doing A TASTE FOR DEATH, which is part of the Modesty Blaise series, written by Peter O’Donnell in the 1960s. That’s a complete guilty pleasure. I’ve had my sacred collection of Modesty Blaise novels for a long time. And now I have the chance to translate them to radio, which I’m very excited about. I think they’re planning to release A TASTE FOR DEATH in November.”—Steven E. Steinbock