"I don’t think you can write and be true unless you give it all out.” 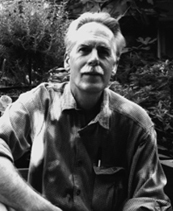 Among the health audios available today, none are more compelling than the personal memoirs of people struggling with illness or disease. Thomas DeBaggio was a well-respected herb farmer awaiting the release of his third book on growing herbs when he was given the results of neuropsychological testing: He had early-onset Alzheimer’s disease. While many families hide from the outside world when faced with this kind of challenge, the author had a different idea. “I’m not embarrassed. People get sick, people die, this is why we’re here. There’s nothing embarrassing about any of it.”

Far from shutting down, Tom DeBaggio decided to write a book about Alzheimer’s called Losing My Mind: An Intimate Look at Life With Alzheimer’s, which was released along with a stunning audio that is an artistic achievement, as well as a remarkably accessible guide to living with the incurable disease. “I wrote it to open the door for people. I tried to show what I was going through and some of the typical things that happen to someone who has Alzheimer’s. It’s very frightening if you don’t have a specialist who can explain some of the things that are happening to you.”

The idea for the book came to him after he disclosed his diagnosis in the herb farm catalog. Support and advice poured in from everywhere, and he became inspired: “I want to do as much as I can to help other people who are going through this. I thought a book would be the easiest way to do it and still have a life.”

Speaking to AudioFile from his home in Arlington, Virginia, the author doesn’t sound like someone three years into a disease that usually brings patients to their knees or to their graves in that span of time. “No one knew when I started writing the book if I would even be able to stand up at this point. Fortunately I came along at a time when they were beginning to get some good medicines.” It also helps if you have a history of artistic independence and speaking your mind.

As a newspaper writer, the author says, “I got fairly well known for being a loudmouth.” Though he stays away from politics now, he says, “I think I’ve gotten worse that way, saying right out whatever I think. I just let everything go, now that I have this [the Alzheimer’s] to deal with.” This shows in the audio, which is written with graceful control but leaves nothing to the imagination. He wants it intimate and honest because existing books on Alzheimer’s are too impersonal: “None of them were written by people who lived it.” He says that personal accounts always work better when a person “lays it all out, whatever it is, the bad, the good, the nasty. This works for people because it’s true. I don’t think you can write and be true unless you give it all out.”—Thomas Walken