"I love learning about a period, drinking it all in. I can’t imagine being as interested in writing about contemporary life." 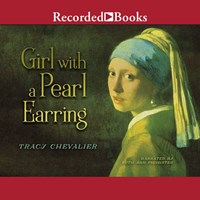 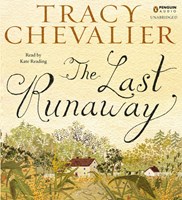 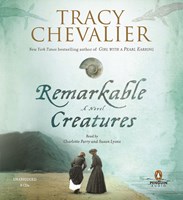 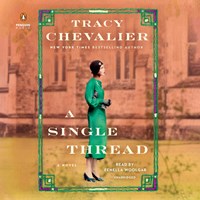 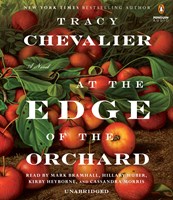 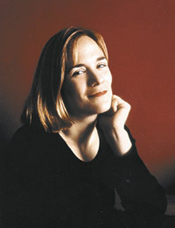 Some authors love rereading their work. Some, such as Tracy Chevalier, do not. “I don’t write my books for myself to read; I write them for other people to read. So I tend not to revisit a book when it’s done,” says Chevalier on the telephone from London, where she lives with her family. “It’s like seeing yourself in a video from behind when you’re not used to it. You say, ‘Oh my God, do my legs really splay apart like that? My walk is so goofy!’”

Nonetheless, knowing that we were going to talk, she dipped into the unabridged audiobook of her most recent novel, Falling Angels. “I was a little bit thrown that the narrator was American,” she says, “because it’s a very English book. [It’s the story of two London girls from dissimilar families who meet on the eve of Queen Victoria’s death.] Even though I think that an American voice slightly deracinates the story from its foundation,” says Chevalier, who is herself an American, “Anne Twomey did a very good job.” After all, Twomey had to differentiate 12 characters, each telling his or her part of the story in the first person. “I would love to hear what she has to say about doing it.”

Chevalier knows that the style and plot of Falling Angels surprised readers of her first novel, Girl With a Pearl Earring (about the painter Vermeer). “It was a great risk, this book. It was not what people were expecting, but that was deliberate on my part. I didn’t want to write something that would slot me in as ‘the woman who writes about artists or painting.’ I would have my career set for me for the rest of my life, and I would probably be bored to tears. Now I feel I can do anything.”

So, next is a novel about the medieval Belgian tapestries that portray a lady and a unicorn. “They are very beautiful and very mysterious,” says Chevalier, who has finished her preliminary research and is poised to begin writing. Yes, she agrees, tapestries are reminiscent of paintings. “I am painfully aware of not wanting to imitate Girl With a Pearl Earring in any way. In fact, most of the characters are male this time, and there aren’t many children in it.” The one similarity is setting the book in the past. “It’s where I feel comfortable. I love learning about a period, drinking it all in. I can’t imagine being as interested in writing about contemporary life. I live contemporary life,” she laughs with a mock groan. “I don’t need to write about it!”—Aurelia C. Scott