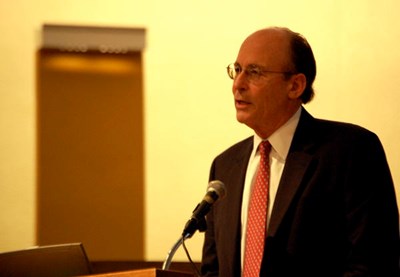 “I really liked reading my own work aloud in the studio. “I used to read lots of drafts to my wife, but she has a disconcerting habit of falling asleep.” 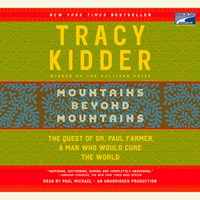 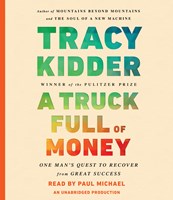 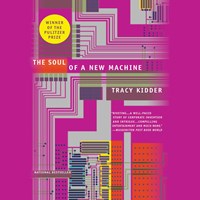 Tracy Kidder has been reading aloud for the better part of a day and a half when he stumbles over the words “lymph nodes.”

“Shoot!” His engaging tenor voice drifts from the speaker in the control room. “I’ll take it again.”

AUDIOFILE caught up with Pulitzer Prize-winning author Kidder at The Studio in Portland, Maine, where he was recording the abridged version of his newest book, MOUNTAINS BEYOND MOUNTAINS. It’s an account of Dr. Paul Farmer, an infectious disease expert and anthropologist whose radical guerrilla-war approach to fighting illness in the world’s most impoverished places has won him a MacArthur Foundation “genius” grant. The book was published by Random House in September in conjunction with the abridged audiobook. It’s an enthralling and discomforting story of the rampant worldwide spread of infectious diseases; the devastating living conditions that foster them; and the provocative, brilliant, tireless, and charismatic man who is determined to eradicate disease while eliminating poverty.

Kidder spent several years shadowing Farmer as he worked in such far-flung places as Haiti (which Kidder describes as Dante’s Inferno brought to life), Peru, Russia, Cuba, and Brigham and Women’s Hospital in Boston, Massachusetts. “It’s the palpable way that Farmer practices more than he preaches, the way he’s out there doing real stuff extremely well, that makes him so remarkable and effective,” Kidder explains over a post-taping cup of hot chocolate. “He proves that things that have been declared impossible in the world of medicine and social justice really are not.”

Writing about Farmer has changed Kidder’s worldview. “I’m one of those people who could not bear to read about AIDS. I would push the articles away because it seemed so hopeless. After spending all this time with Farmer, I no longer think that. I know that if we wanted it badly enough, we could wipe out poverty-related diseases; we could even wipe out deaths from AIDS worldwide with aggressive, consistent prevention and treatment. The trouble is that very few people in infectious disease except Farmer are doing anything real.”

It’s a story that Kidder wants the world to hear, so he is delighted that audio versions have hit bookstores concurrently with the book. The unabridged version is read by Paul Michael.

Despite the many cups of Throat Coat® tea, Kidder says, “I really liked reading my own work aloud in the studio.” He leans back in his chair and laughs as he adds, “I used to read lots of drafts to my wife, but she has a disconcerting habit of falling asleep.” Kidder says that he and his Random House editor always read his books aloud to each other “as a last step, just to see what we hear.” Admittedly, recording a book is a different experience. “Some of the words are easy enough to see and hear in your mind, but hard to say. I literally felt sometimes that my tongue was getting twisted. I think that if I were writing something that would only be read aloud, I might write quite differently.”

Kidder himself recently listened to the unabridged audiobook of Michael Ondaatje’s ANIL’S GHOST during a long car trip to Florida. “Audiobooks are such a nice thing,” he says. “I like them a lot.”—Aurelia C. Scott