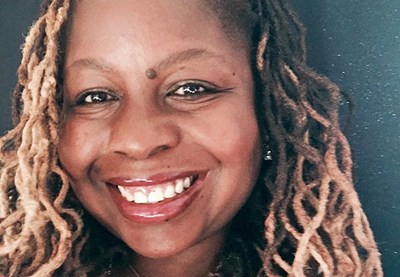 “As a writer, you’re always pitching--trying to convince others to get on board with your ideas.” 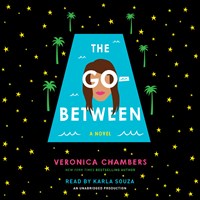 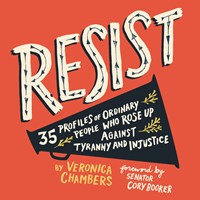 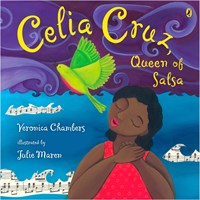 “As a writer, you’re always pitching--trying to convince others to get on board with your ideas,” says author Veronica Chambers. So when friend and editor Elisabeth Dyssegaard suggested Chambers create an anthology of essays on Michelle Obama, she was delighted. “It was really wonderful to have someone say, ‘I know you’re interested in this, and I know you’d do a great job with it.’” Although it was late in 2015 and Chambers knew the “crazy” math of publishing a book in about a year, she still felt a sense of excitement.

The two envisioned something quite different from the flurry of books that had already been written about the first lady. “Many biographies look at her style. But we wanted to look at these last eight years of her being in the White House-- her evolution--to create a book that says in some ways what we she meant to us. How did her journey inspire or influence our journey?”

Chambers asked contributors to consider how Michelle Obama’s presence in the White House helped them think about their lives in a different way. “Especially for many of the contributors who were black women, there’s never been someone like this before. You’re seeing something that you’ve never seen in a lifetime! That your mothers and grandmothers have never seen! It’s very powerful. I urged them to think about that.”

The 16 voices she includes offer a variety of viewpoints, that of a Top Chef, a jazz musician, a film director, and an original member of the Hamilton cast, among others. “It was like trying to curate a dinner party--anthologies are like that. You had Sarah Lewis from Harvard--a really smart art historian. There were a few times when I said to her, ‘OK, you have to explain to me exactly what you mean by representational justice or the mask of blackness .’ I’m not going to pretend to know things I don’t know!” One of Chambers’s favorite essays was contributed by Hamilton ’s Phillipa Soo. Chambers had been lucky enough to see the play early, before it went to Broadway. “I remembered that whole moment of the ‘best of wives, best of women letter’ that Hamilton wrote to his wife, Elizabeth. I remember thinking, ‘I bet Phillipa Soo has something really interesting to say about Michelle Obama.’”

What Chambers really loved was “the sense of lightness that came out--especially from people like Damon Young, who’s so funny. We had this moment when he was talking about Michelle Obama’s booty! And we were having these conversations back and forth--Damon in Pittsburgh, me in New York, and my editor. ‘OK, can we talk about her booty?’ ‘Well, he’s very respectful about it, he’s very complimentary.’ ‘And he’s one of the few guys . . .’ ‘OK! Damon can talk about her booty!’”

Audiobooks have long been part of Chambers’s life. She recalls driving back to school as a college student, carefully selecting audiobooks to match the three-hour drive. She especially loved listening to mysteries. “I’d choose ones, so I could learn who did it and why by the end of my trip.” These days, she enjoys listening to stories with her daughter. They’ve recently finished Philip Pullman’s THE GOLDEN COMPASS. “The full-cast audio is amazing!”

Chambers has just begun listening to THE MEANING OF MICHELLE and loves what she’s heard so far. (The book is narrated by January LaVoy and Prentice Onayemi.) “We always intended to leave an extra place at the table--for Michelle Obama herself. But, as I listened to January’s voice, I realized that she inhabits that place.” The book, she observes, has taken up so much of the last year with assigning the essays, editing, layout, and proofing. “Then January’s voice came in, and it was as though someone really magical had pulled up a chair and we could all sit down and experience it.”

“That,” Chambers continues, “was the moment that transformed the book from a work project into this really great thing. It was like this grace note of completion--it just took this experience to another place for us.”--Jessie C. Grearson