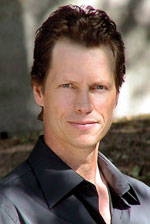 Frank Beddor, world champion freestyle skier, actor, and producer of the comedy hit There’s Something About Mary, has turned his attention to writing. The result is the strong first book in a proposed trilogy, the intriguing tale of a young girl from an alternate world called Wonderland. THE LOOKING GLASS WARS was an immediate hit, appearing on the New York Times bestseller list for weeks. 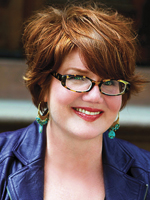 Many authors prefer writing in silence and solitude. Not so for Libba Bray, bestselling author of YA novels. “I’m a morning writer, which seems to run counter to many writers, but my son leaves for school at 7:30. Then I’m out the door. I go to a local café.” When I express amazement, she laughs and explains, “There’s something about being surrounded by people who are engaged in life and doing their thing. For me, it’s like a white-noise machine.” 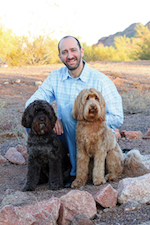 Bill Konigsberg is a YA novelist who has “a tendency to speak out.” He attributes this to his mother. “For better or worse, she taught me my emotions and my thoughts are important. There are pitfalls to that, but one of the really good things is that I feel very free to share my feelings.” 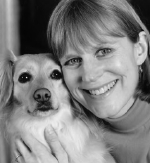 Ann Martin’s Baby-Sitters Club series sold over 176 million copies. Fans who held their breath waiting for each release will be pleased to learn that there are at least seven books planned in her new Main Street series, beginning with WELCOME TO CAMDEN FALLS.

Children’s author Jenny Nimmo studied theater when she was young. As a teenager, she read lots of plays and began writing them, as well. “When you write plays, you have to put atmosphere in the words,” she says. She now realizes that the early reading and writing of plays helped her develop an ear for dialogue. “But at the time, when I took my plays to the director, he would just laugh, and I thought I’ll never be a playwright.”

New York Times bestselling author Daniel José Older always knew he wanted to tell stories--it just took a while to settle on a medium. “For a good period, I was more involved with music, but with a focus on storytelling. Even when I was mostly doing music, I was still always writing. I was all over the map. I did screenplays, poems, articles. But I wasn’t getting any traction; I didn’t know how to publish.”

Rick Riordan doesn’t listen to his own audiobooks. Ever. He’s been told they’re great, and he’s an avid audiobook listener himself. “But hearing my words spoken by someone else makes me unsettled--probably because I’m so used to how the narrative sounds in my head.” This hasn’t always been the case. “I tried to listen to one of my early adult mysteries on audio, and I got so agitated I had to stop after five minutes.” So Riordan hasn’t seen the movie adaptation of THE LIGHTNING THIEF--nor does he plan to. “My own picture of the story is so set and clear--I couldn’t abide seeing someone else’s interpretation.” 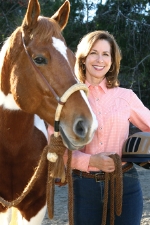 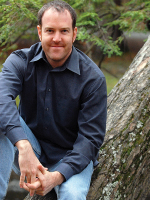 Author Steve Sheinkin counts on audiobooks for the long drives he makes to school visits, "the longer, the better," he remarks. Of late, he's become fascinated with Scandinavian crime books and is presently in the middle of Jo Nesbø's THE SNOWMAN. These mysteries have much in common with the historical nonfiction he researches and writes for young adults.