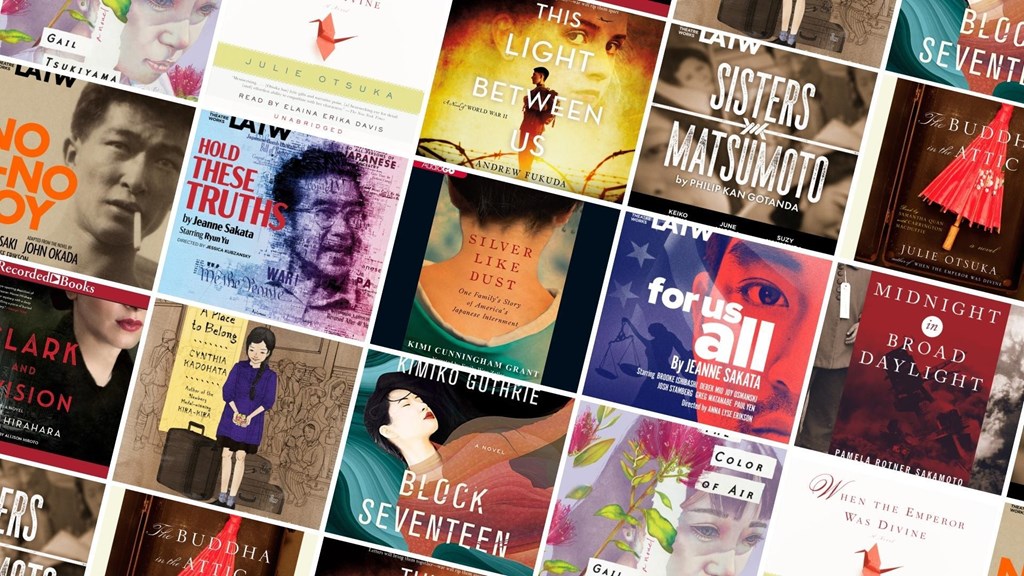 The audiobooks we bring together in this list offer literary interpretations of the experiences of Japanese Americans before, during, and after WWII’s domestic Internment and the consequences of it on the community. The audiobooks collected here reveal stories by those whose own families lived through these events. Literary styles and performance types vary—find full-cast stage plays, autobiography, and fiction performed by a single narrator or an ensemble working together to present various viewpoints. 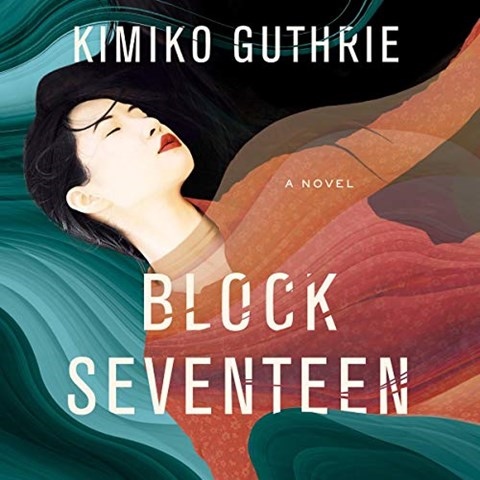 Natalie Naudus brings thoughtful gravitas to the narration of Kimiko Guthrie's debut, which depicts the collective trauma that the Japanese internment camps of WWII inflicted throughout generations of Japanese-Americans. Akiko "Jane" Thompson is at the center of this story, which alternates between the camps and present-day California. Jane has disconnected from her Japanese... Read More 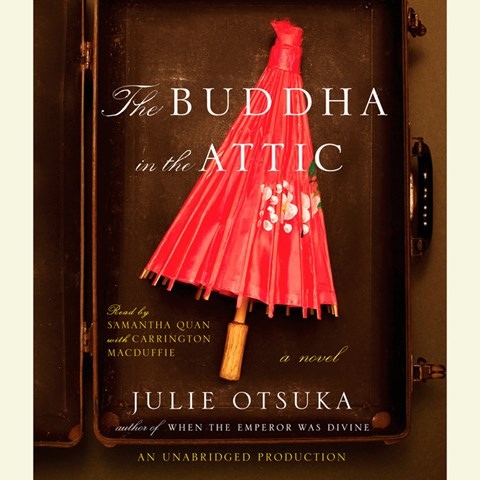 THE BUDDHA IN THE ATTIC

Entry into this audio is a bit bewildering as Julie Otsuka’s novel uses a first-person-plural point of view to meld the collective stories of Japanese mail-order brides at the turn of the twentieth century. Narrator Samantha Quan quickly dispels the confusion as she delivers the story with a rhythmic cadence. Each “we” introduces the listener to a new chorus of emotions and... Read More 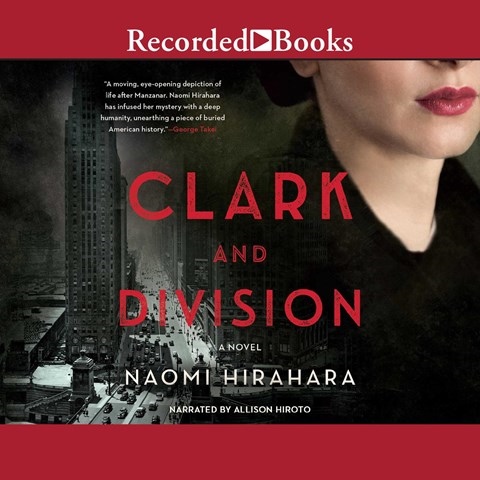 Narrator Allison Hiroto provides a steady, clear narration of this well-researched historical mystery. The year is 1944, and Japanese- American Aki Ito and her parents have just been released from the Manzanar internment camp in California. They are sent to resettle in Chicago, where they learn of the death of Aki's beloved older sister, Rose. Unconvinced of the police's ruling... Read More 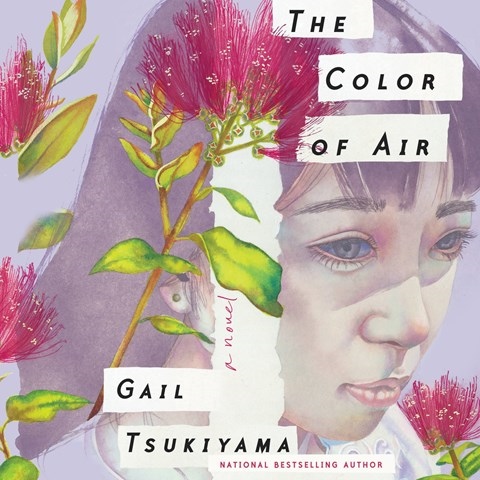 THE COLOR OF AIR

It is 1935. The fearsome Hawaiian volcano Mauna Loa has erupted. And a prodigal son has just arrived home from the mainland in search of answers to family secrets. With tones of compassion and easy humor, Brian Nishii narrates the story of a hardworking, close-knit community of Japanese-American immigrants who came to Hawaii to work in the sugarcane fields. Narrator Natalie... Read More 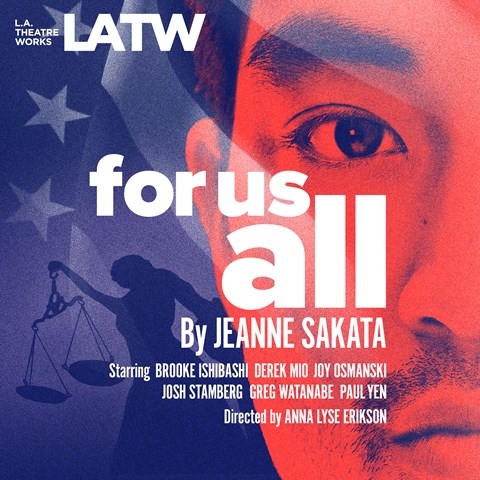 During WWII, more than 120,000 Japanese-Americans were denied their personal freedom by being taken from their homes and moved to internment camps across the country. This specially commissioned ensemble production tells the story of a court battle 40 years later that pitted the U.S. Government against a group of young lawyers. They brought the U.S. Army's duplicitous actions... Read More 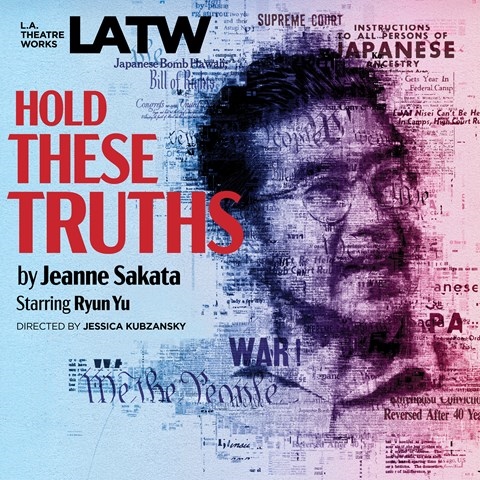 An ensemble cast presents Sakata’s powerful play about real-life Gordon Hirabayashi’s courageous stand against the U.S. Government during WWII. After the Japanese-American was arrested for staying out after curfew, he took his case to the Supreme Court, where his conviction was upheld. It took an incredible 40 years before his conviction was overturned. L.A. Theatre Works’... Read More 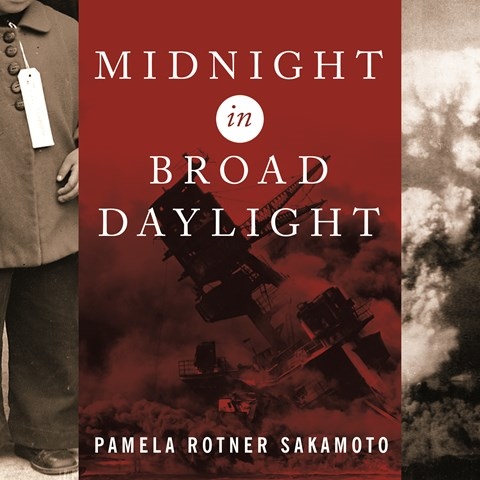 The Fukuhara family was intimately affected by the events of WWII, both in the Pacific Northwest and in Hiroshima, Japan. With a deliberate yet delicate tone, narrator Emily Woo Zeller traces the paths of various family members back and forth to Japan for reasons of education and family, then to internment camps following the bombing of Pearl Harbor, the brothers' service in... Read More 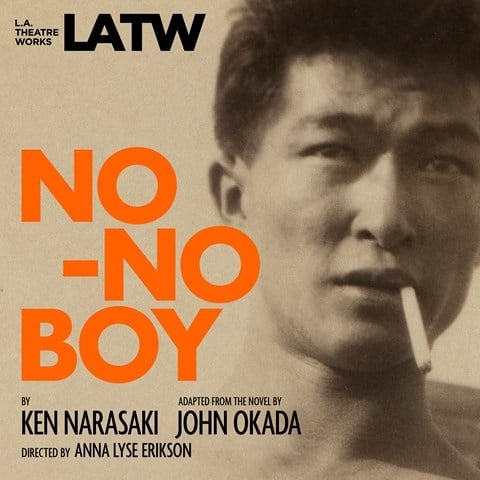 Greg Watanabe, Kurt Kanazawa, and Joy Osmanski give riveting, emotional performances in this L.A. Theatre Works adaptation of the 1957 novel by Japanese-American author John Okada. After spending years in internment camps and prison, a Japanese-American who had said no to both a loyalty oath and serving in the U.S. military during WWII (hence, the term “no-no boy”) finally... Read More 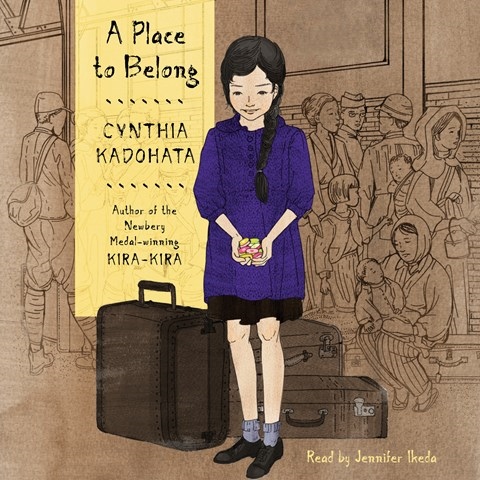 A PLACE TO BELONG

Narrator Jennifer Ikeda perfectly captures the confusion of a girl displaced by war and hardship. For years, the only home Japanese-American Hanako has known is an internment camp. When she and her family are released at the end of WWII, they decide to renounce their American citizenship and return to her father's birthplace near Hiroshima, where they face uncertainty about... Read More 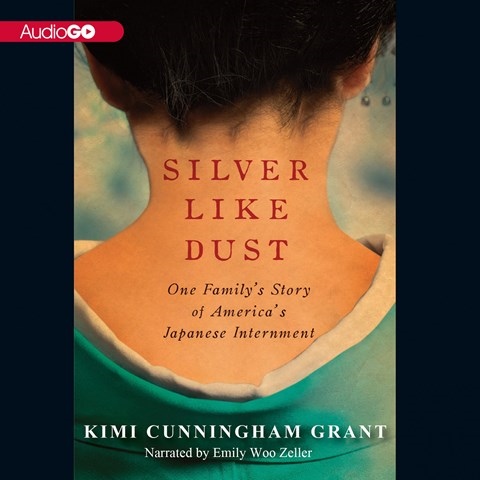 SILVER LIKE DUST One Family's Story of America's Japanese Internment

This vivid account of a Japanese-American woman's imprisonment at the Heart Mountain Relocation Camp during WWII takes the form of a dialogue between the once-imprisoned grandmother and the author, who is her granddaughter. Narrator Emily Woo Zeller does an extraordinary job of varying the voices in the dialogue without losing the intimacy of the story. Her delivery is well... Read More 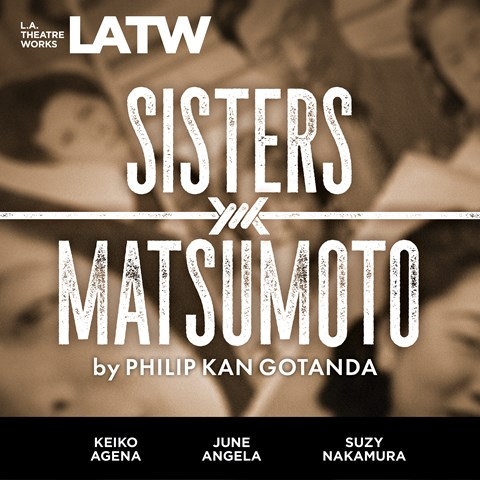 With poignant grace, Keiko Agena, June Angela, and Suzy Nakamura lead a stellar cast, playing three Japanese-American sisters who find hope, heartache, and hard-won humor when they return to their family farm in California after four long years locked away in a Japanese internment camp during WWII. They had planned to pick up where they left off, but their father and mother are... Read More 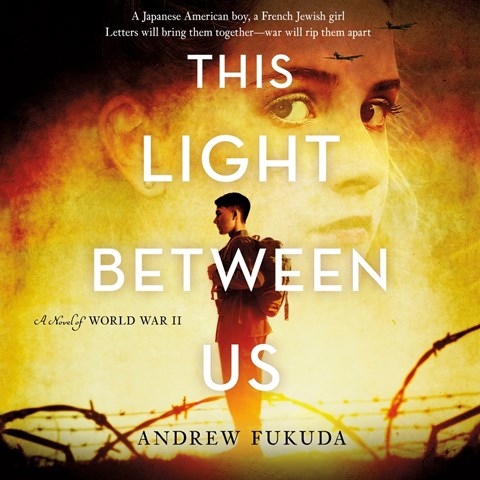 THIS LIGHT BETWEEN US

Narrators Greg Chun and Emily Ellet tell a heartbreaking story of two pen pals during WWII. Chun narrates as Alex, a Japanese-American boy forced to live in an internment camp. Ellet narrates as Charlie, a French-Jewish girl who is running for her life. Much of this story is told in an epistolary style, so the painful experiences are in the first person. The narrators make the... Read More 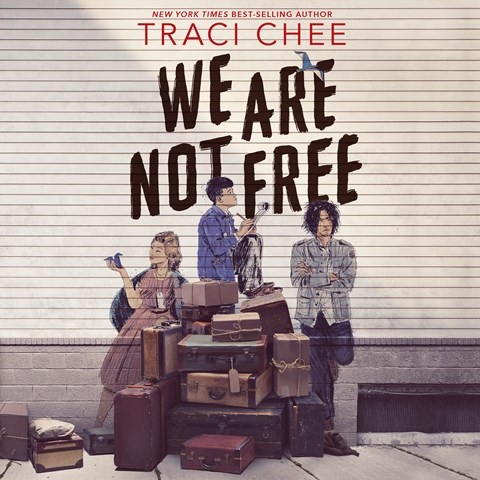 WE ARE NOT FREE

An outstanding cast of narrators captures the experiences of 14 Japanese-American teenagers when they and their families are uprooted and forced to live in incarceration camps from 1942-45. Each chapter follows a different character's story, with the narrator's voice closely mirroring the character's distinct and vibrant personality. Listeners feel their initial shock, their... Read More 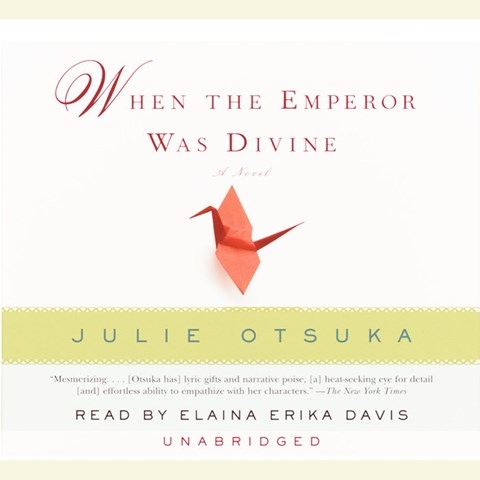 WHEN THE EMPEROR WAS DIVINE

This novel is a little miracle of unsentimental strength. Julie Otsuka re-creates the Japanese internment camps of WWII with the precision of a fine jeweler. Minimal, almost flawless, the story follows an American-Japanese family uprooted from their home “for the sake of national security” and sent to an internment camp in Utah. By leaving the characters nameless, Otsuka... Read More