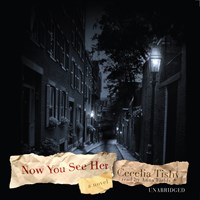 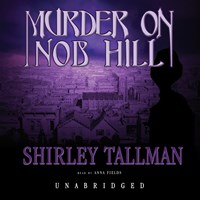 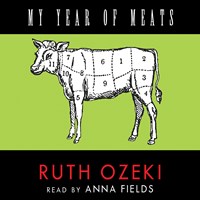 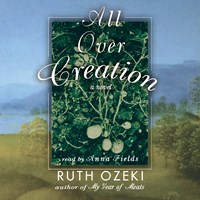 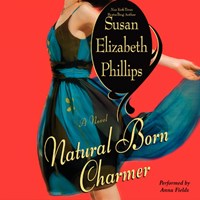 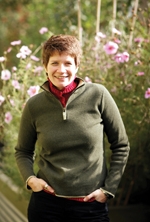 We share with you the tragic loss of Kate Fleming, who died December 14, 2006, when a flash flood trapped her in her Seattle studio. Kate lent both her voice and energy to her recordings, and she inspired the work of many colleagues and friends. Listen to the lovely tribute to our talented friend  broadcast on NPR. We will miss Kate terribly, and, as she signed her emails, Peace, Kate .

Kate Fleming, who did many of her audiobooks as Anna Fields, leaves a wealth of recordings, including novels by Joyce Carol Oates, Louise Erdrich, and Ruth Ozeki (she won an Audie in 2004 for Ozeki’s ALL OVER CREATION). AudioFile celebrated her work with 15 Earphones Awards. She trained at the Actors Theatre of Louisville and performed in Washington, D.C., before settling in Seattle, where she began her audiobook career. She was a good friend and inspiring colleague to many, including AudioFile Golden Voice Scott Brick:

In my former career writing magazine articles, I penned over three hundred pieces, wrote close to half a million words, yet never in my life have I had to write a sentence as difficult as this:

“Kate Fleming died on December 14, 2006, at her home in Seattle, drowning in her basement during a violent rainstorm.”

I look at the words, and they don’t seem real. Kate was far too alive to ever be gone.

I met Kate, who narrated under the pseudonym Anna Fields to honor her great-grandmother, a Vaudeville performer of the same name, four years ago at the Audie Awards in Los Angeles. After being introduced, we wound up laughing a great deal more than we talked, an experience I discovered was common when people first met Kate. She had such a vibrancy you had to respond, usually with smiles so wide they made your face hurt.

Kate was a uniquely talented performer. A veteran theatrical actor, she ultimately gave up the stage and all the competitiveness that went with it to pursue audiobook narration full-time. She’d found her niche, she used to say. Living behind the microphone was where she felt she was born to be.

There was a quality to Kate’s reading that always defied definition for me, a clarity of both words and intent, a crispness to her voice that went above and beyond just diction. She had a precision to her presentation, an attention to detail that was inspiring. “When Kate was in the booth, she would give herself over to the page,” says Lyssa Browne, Kate’s business partner in Cedar House Audio, the company she ran from her home in Seattle. “She could instantly convey the truthfulness of each character, she captured the essence of the story so quickly. It really took the guesswork out of the process for listeners.”

In the days following her passing, notices about Kate’s death ran across the internet, and appeared in every type of media. Yet for all the coverage, those of us who knew her couldn’t get over our shock. In an email, her friend Simon Vance said: “I just returned from recording an audiobook under her direction last week. She was an absolute joy to work with. I am devastated.” Condolences and testimonials from audio industry professionals flew onto message boards and listservs, and many put aside workloads to fly to Seattle to pay their respects.

I arrived late on Wednesday, December 20. A delay on the runway due to bad weather brought me to the church after the funeral liturgy had already begun. I tromped up the steps of St. Therese Parish, thinking that the rain was both a cruel reminder of how Kate had been taken from us, as well as somehow appropriate for the occasion. Somber, melancholy, subdued.

I was greeted by the sight of an absolutely packed house. Not a seat remained; there were hundreds of people spread across every pew, with dozens more standing in aisles, hallways and vestibules. I had never seen so many people at a funeral before. Dazed, I made my way into the social hall behind the church where a video screen had been set up, and where an overspill crowd watched the proceedings on folding chairs. Overwhelmed, I sat down, and realized I should not have been surprised at the sight of so many people showing up to express their love for Kate Fleming. What could have been more natural?

Much of the service was a blur to me, observed through a haze of tears. I saw many a set of shoulders vibrating with sobs, and heard several cries choked off in handkerchiefs. Then, looking up, I saw the last thing I expected under the circumstances: Charlene Strong, Kate’s partner of nine years, who stood to deliver the eulogy.

She was amazing. At times funny, poignant and dramatic, she spoke from her heart and somehow managed to comfort all of us, sharing the Kate she knew so well. She spoke for us all when she began her eulogy by saying, “Today shouldn’t be happening.” Charlene painted an extraordinary picture of Kate, speaking as eloquently as ever Kate did herself. Her courage was remarkable. I was overwhelmed by just how powerfully Kate had been loved in life, and in the midst of my sadness over her passing, while listening to Charlene I actually managed to find solace, even inspiration, in one thing:

Kate was dearly loved, and knew it. So many times we hear stories about people who weren’t appreciated until after they had gone. Books and films alike are filled with tragic tales of love where the hero or heroine only discover they were loved at the last possible moment, or sometimes, sadly, not at all. Well, I looked around at the crowd and thanked God that wasn’t the case with Kate. She was appreciated in ways that were too obvious to ignore. All she would have had to do was pick up a copy of AudioFile and read the reviews of titles she’d narrated to learn how much people admired her work. And all she’d have to do was look into the eyes of Charlene to see how much she was truly loved.

Grieving is supposed to lead to acceptance, a realization that there’s a hole in our lives, a hole only the loved one can fill, yet in time it becomes okay that the hole is there. I tried to imagine this happening with Kate. I found it hard then, and still find it hard now, to believe it’ll ever be okay she’s not here. That it’s okay we’ll never get to talk baseball or religion or gossip anymore. That it’s okay she’ll never record another audiobook ever again. There were so many words left to be spoken.--Scott Brick

Kate Fleming, recording as Anna Fields, has had a banner year. There was the 2004 Audie Award for Unabridged Fiction for ALL OVER CREATION by Ruth Ozeki--which our reviewer called “just about perfect. And she recorded three other exceptional books-- THE FALLS by Joyce Carol Oates; FOUR SOULS by Louise Erdrich; and WHO LET THE DOGS IN? by Molly Ivins. She also got to be part of history, as one of the top narrators for the 9/11 COMMISSION REPORT . As for what makes narrating special, Kate says it’s the serendipitous energy, “a kind of alchemy that happens between a reader and a book.” She relishes those moments, as well as unique challenges each book presents. For instance, FOUR SOULS --the follow-up to Erdrich’s 1988 bestseller TRACKS --is filled with Ojibwe names. With the usual care Kate takes over pronunciations, she contacted the author for guidance. “Gitchi-nookomisiban” was one of 150 Ojibwe words that Erdrich pronounced into Kate’s answering machine and that Kate was able to mimic for her performance. Trained at the Actors Theatre of Louisville, Kate performed in Washington, D.C., for a number of years, and has read more than 200 audio-books in her eight-year narrating career. This year, in a shift of focus, she opened Cedar House Audio, a full-service prod-uction studio in Seattle, where her own recordings for Books on Tape, Blackstone, and BBC Audiobooks America can take place, and where she can also step into the directorial role for other audiobooks. --2004 Narrator Yearbook

After her actor’s stints in Louisville and the Washington, DC, area, Kate settled in Seattle, where she now records under her own name and as Anna Fields for Blackstone Audio and Books on Tape. She has had our attention for some time because of her ability to present a wide range of titles—from Hollywood— A PRIVATE VIEW , Irene Selznick’s autobiography—to Tel Aviv— CAFE NEVO , Barbara Rogan’s story about life in Israel. Both were recent Earphones Award winners. Kate’s low voice and restrained style also help to convincingly record business books like OUTSMARTING GOLIATH and THE BURDEN OF BAD IDEAS . A careful student of pronunciations and place names, Kate is agile with characters, as she shows in Louise Erdrich’s THE ANTELOPE WIFE and THE LAST REPORT ON THE MIRACLES AT LITTLE NO HORSE . --2001 Narrator Yearbook