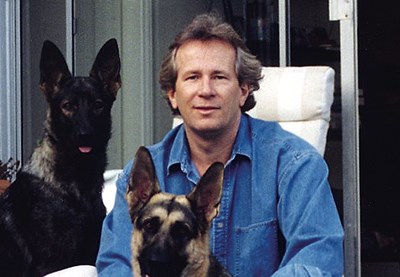 "Muller defined the craft of audio narrating for many listeners.” 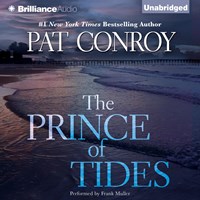 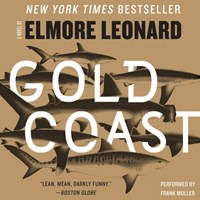 In early June 2008, Frank Muller died at the age of 57, after a courageous six-year battle to recover from his devastating motorcycle accident. Frank leaves listeners a spectacular legacy of recordings. Brilliant and unique, Frank set standards for audiobook narration in every genre—mystery, literary fiction, western, suspense, and horror. Frank's work will continue as an inspiration to new readers honing their narration skills. AudioFile will honor Frank in an upcoming article. To those of you who would like to reflect on Frank and his life, we invite you to visit his Web site, www.frankmullerhome.com.

Frank Muller defines the craft of audio narrating for many listeners. His recordings of Anne Rice's INTERVIEW WITH A VAMPIRE , Pat Conroy's PRINCE OF TIDES and Stephen King's THE BREATHING METHOD are performances that reveal the power and magnetism of the audio format. At the forefront of his profession, Frank is pleased to see both the growing acceptance of the craft and the recognition of many fellow narrators. As an advocate for the medium, he recommends the specialty to actor friends, and some, like Jay O. Sanders and Will Patton, have been fascinated and become active in the field. Frank is gratified to see the progression of the industry to which he's devoted much of his time since 1979. Many of the several hundred audiobooks Frank has recorded were made for Recorded Books. His recent performances of works by John Grisham for BDD Audio, Larry McMurtry for Simon & Schuster, and Stephen King for Penguin are reaching a wider audience. Frank currently gets to record the work of some of the finest contemporary writers. No complaints, but he says he'd like to do more Dickens, P.G. Wodehouse and perhaps Lawrence Block.--[December 1997]

December 2006:  Though he is no longer recording, Frank's amazing talents continue to delight listeners. New CD releases and re-released programs like DOMINION remind us of his legacy. Frank and his family love to hear from fans: visit www.frankmullerhome.com .

December 2005:  We continue to enjoy Frank's brilliant recordings, many now available on CD and as downloads. Frank and his family are settled in North Carolina where he continues to recover from his devastating 2001 motorcycle accident.

December 2004:  At his new home in North Carolina, Frank continues his recovery from his devastating accident in 2001.

December 2003:  A great triumph for Frank was the Audie Award for Best Male Narrator, recognizing his most recent recording, Elmore Leonard's TISHOMINGO BLUES , and celebrating his brilliant career. Frank attended the Awards ceremony, greeting old friends and achieving a momentous step in his recovery from his 2001 accident.

December 2002:   Frank's recording of Elmore Leonard's TISHOMINGO BLUES was one of the last audiobooks he completed before his devastating accident a year ago. The happy arrival of his son, Morgan, in July cheered Frank and encouraged his recovery efforts, though his struggle continues. The Wavedancer Foundation has raised funds from Frank's fans and colleagues.

December 2001:  Stephen King and Frank Muller are a legendary combination. This year Frank applied his mesmerizing talents to two audiobooks, BLACK HOUSE and THE TALISMAN by King and Peter Straub. Another title in the horror genre is COLDHEART CANYON by Clive Barker. Frank accomplished a stunning performance of MOTHERLESS BROOKLYN by Jonathan Lethem. This particular audio feat features a main character who suffers from Tourette's Syndrome. Frank also added a strong list of thrillers to his 2001 audiography including BLACK SUNDAY by Thomas Harris, THE MARK by Tim LaHaye and Jerry B. Jenkins, DAY OF RECKONING by Jack Higgins, THE PROMETHEUS DECEPTION by Robert Ludlam, and Laurie King's unusual FOLLY . Just as we write this update, we're distressed to note that Frank was seriously injured in a motorcycle accident in November. His many friends and fans wish for his speedy recovery.

December 2000:  Frank refers to the year 2000 as the "year of the thriller." Top thriller authors--Robert Ludlum, Ken Follett, John Grisham, and Tom Clancy--provided Frank with topnotch suspense. Frank added two AudioFile Earphones Awards for William Caunitz's CHAINS OF COMMAND and Daniel Silva's THE MARCHING SEASON to his long list of exceptional audiobooks. Frank thrives on the complexity and challenge of these thrillers' staggering array of characters--sometimes in the same scene. He snaps in and out of accents among Italian gangsters, black street gangs, and Chinese mobsters, and adds with ease a young, female assassin. Frank has eloquently written and spoken about the craft of audiobook narration, and offers a voice coaching seminar periodically in his Los Angeles studio. A special delight after his long studio hours is his 14-month-old daughter, Diana Adriana.

December 1999:  Notices in the national press have allowed Frank to be an advocate for audiobooks as the public at large awakens to the phenomenon of the spoken-word. His voice is a bestseller and has proved to the marketplace that performance fame is as valuable as marquee fame. Frank revels in the demands of literature. Whether it's Steinbeck's THE PEARL or Pat Conroy's THE PRINCE OF TIDES, he exemplifies the art form of the narrative. Frank has the power to seduce, mesmerize and delight listeners. His recordings of Stephen King's work deliver their bizarre, intriguing characters with vivid resonance. As a master at atmosphere and nuance, Frank found that Martin Cruz Smith's HAVANA BAY gave him fertile ground.

Frank astutely verbalizes key elements of his craft. "An actor with true presence knows with absolute certainty why he is where he is. The character he is playing may have no clue, but the actor knows and is, therefore, rooted to the earth. The resulting sureness and rightness of every word creates a magnetism and power that rivets our attention and focuses our minds."

December 1998:  Frank has been at the forefront of much of the publicity surrounding audiobooks this year. Starting with a profile in the Wall Street Journal, Frank was then featured in Entertainment Weekly's "100 Most Creative People in Hollywood," where he was called "the Leonardo DiCaprio of literature." Following this somewhat ambiguous accolade, Stephen King referred to Frank as "the Valentino" of audiobooks. Recently the National Enquirer got in the act, labeling Frank "the Elvis Presley of audiobooks." While it's nice to be the focal point, the important aspect of this attention is that audiobooks are on "the national radar." Of his narrations this year, Frank was challenged by the recording of four volumes of Stephen King's Dark Tower series; THE WORLD'S SHORTEST STORIES --each only 55 words long from Listen & Live Audio; and Jack Kerouac's ON THE ROAD.