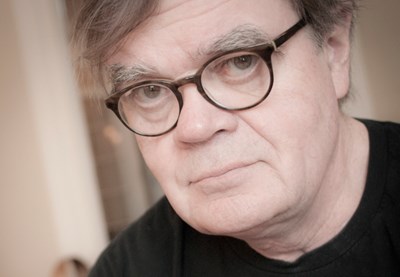 "He sounds as if he's sitting in the armchair next to yours and leaning into your ear." 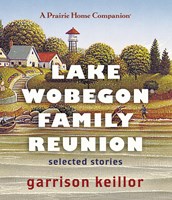 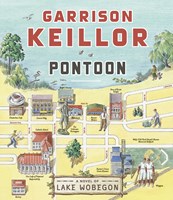 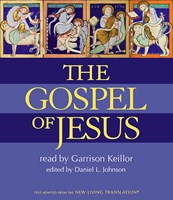 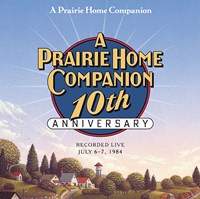 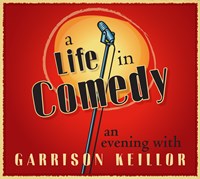 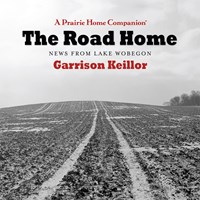 Public radio's first star as well as a bestselling author, Garrison currently has 48 titles in circulation, all from HighBridge Audio. The latest are a rendition of his recent hardcover, LAKE WOBEGON SUMMER 1956 , and a Mark Twain "novelette," A MURDER, A MYSTERY, AND A MARRIAGE . Nearly all of his audios contain his own writings--either culled from public radio's "A Prairie Home Companion" and "A Writer's Almanac," or his books and articles. The PRAIRIE HOME COMPANION 25th ANNIVERSARY COLLECTION won the 2001 Audie Award for Best Theatrical Production, and after half a dozen Grammy nominations, Keillor won the Spoken Word Comedy Grammy for LAKE WOBEGON DAYS.

During 27 years hosting "Prairie," he has honed a low-key, intimate narrating style, refining his original shy-guy persona into quite the sophisticated raconteur. He sounds as if he's sitting late in the evening in the armchair next to yours and leaning into your ear. His timing is impeccable, his characterizations incisively delineated. As in his writing, his humor has a patina of folksiness over a core of urban wit. In short, no one does his material better than he does himself. Though living nearly all his life in the heart of America's Lutheranland, the Minnesotan stems from British and Scottish stock. Of his parallel careers as writer and radio personality, he says, "Writing is pure entrepreneurship and a great way of life. And then, if you do a radio show every Saturday, you have a built-in social life. So it's a pretty good deal."

Garrison comments on his stunning redaction of Huck Finn, "I've recorded HUCKLEBERRY FINN , which is, in my humble opinion, my best job as a reader. As a colleague of Mr. Clemens, I edited the deadwood and stuffing out of his book and improved it vastly, and if it should be that I don't go to heaven, I'm sure he'll thank me for it." Keillor and Sam Clemens are two of America's most engaging heartland storytellers, and Keillor speaks eloquently of the power of a story. "The oral tale can be absorbing. More than at the movies, you can completely lose yourself listening to a story. It engages the imagination in wondrous ways. You're at the wheel of a car in the tide of morning rush hour, but you're not; really you're on the raft with Huck and Jim."--[December 2001]

December 2006:  This year's IT'S ONLY A SHOW best-of collection reminds us how much pleasure listeners continue to get from Garrison's skits, monologues, jokes, and songs. DUSTY AND LEFTY dusted off several comedy skits about the cowboys, Garrison and Roy Blount, Jr., entertained with A VISIT TO MARK TWAIN'S HOUSE, and new episodes of GUY NOIR picked up an Audies nomination. And of course, Robert Altman's big-screen imagining of what happens backstage during the final broadcast of "A Prairie Home Companion," starring Lily Tomlin and Meryl Streep along with GK, premiered in June.

December 2005:  Perennial favorite radio voice and author of numerous books for adults and children, Garrison adds to his growing list of record ings with the Audie finalist COMMERCIAL RADIO as well as a new collection of THE ADVENTURES OF GUY NOIR , recorded with Sue Scott and Tim Russell. Released this season, THE CHRISTMAS COMPANION is the first new Prairie Home Christmas collection in 10 years. Fans, of course, can also hear Garrison regularly on public radio with "A Prairie Home Companion" and "The Writer's Almanac."

December 2004:  The 2004 Audie Award in the Short Stories category went to Garrison's HOME ON THE PRAIRIE collection. COMMERCIAL RADIO is Garrison's most recent program, drawing on the usual suspects of his Prairie Home Companion radio show. Listeners also enjoyed more jokes in PLENTY OF PRETTY GOOD JOKES and his political observations in HOMEGROWN DEMOCRAT .

December 2003:  National Public Radio's daily Writer's Almanac must be encouraging Garrison to keep it short--his audios this year include GOOD POEMS and A FEW MORE PRETTY GOOD JOKES . Also published, HOME ON THE PRAIRIE: STORIES FROM LAKE WOBEGON and a collection of monologues, A LIFE IN COMEDY.

December 2002:  Garrison's voice is always near to public radio listeners who regularly hear him presenting "A Prairie Home Companion" and "The Writer's Almanac." A new audio collection, A FEW MORE PRETTY GOOD JOKES , joins more than 40 programs of Garrison's shows, novels, and audio theater. GUY NOIR is a star of our recent Audio Theater A-List.