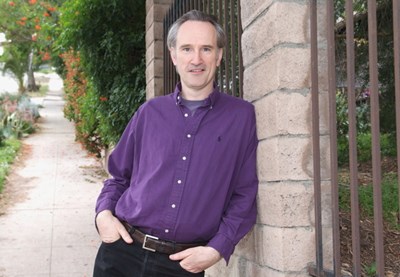 "His trademark rich, smooth voice with a hint of a growl turns the word into a seduction." 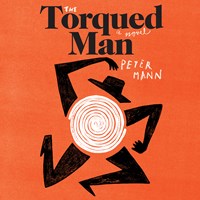 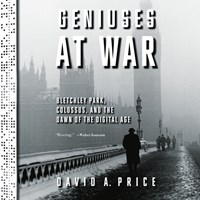 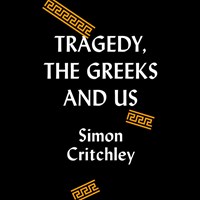 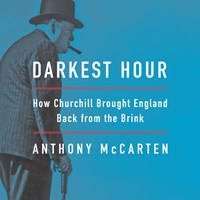 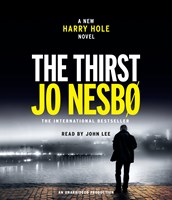 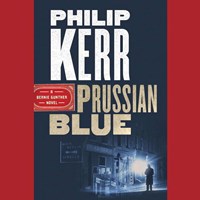 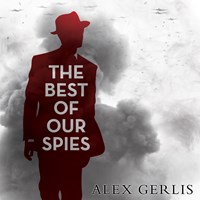 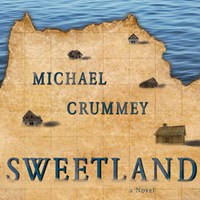 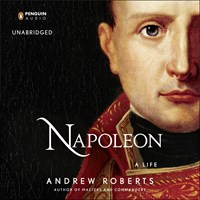 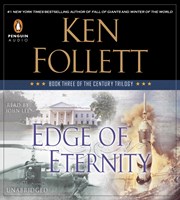 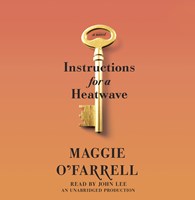 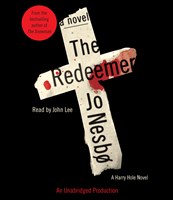 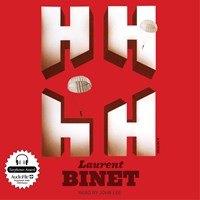 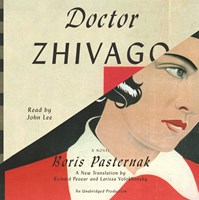 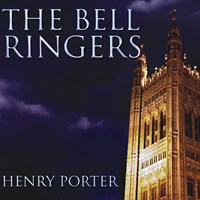 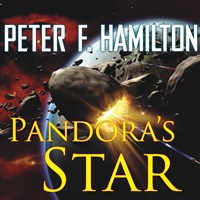 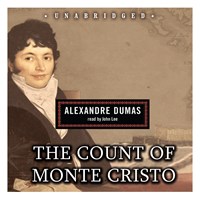 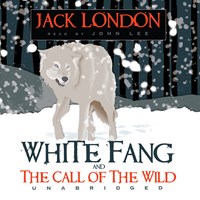 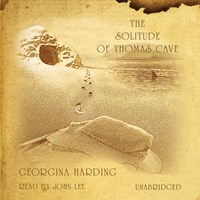 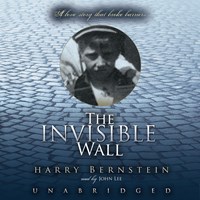 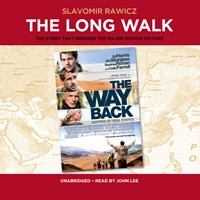 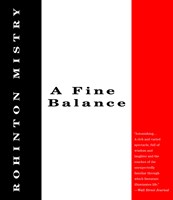 If it's possible to specialize in epically long audiobooks, then John Lee must certainly feel secure in his niche. Lee's 31-hour narration of Ken Follett's historical novel, FALL OF GIANTS, comes on the heels of the 29-hour marathon that is James Joyce's ULYSSES and the 22-hour HISTORY OF THE MEDIEVAL WORLD--and that's just this year (and not counting the score of audiobooks of more modest length he's also recorded recently). "That's what narrators say to each other, you know," Lee confides. "'Whoo, that was a long one!' They very rarely go, 'That was fantastic.'" Luckily for listeners, John Lee's performances are fantastic. Lee explains that his secret is stamina: "My dad worked as a carpenter until he was 79. The rest of the men in his family were blacksmiths. Some of my cousins are bricklayers and pipe fitters. We've got stamina. I've done farm laboring, so I know that narrating audiobooks ain't as hard as picking fruit. But it is effort. It gets insanely claustrophobic. Not because of the size of the studio, although you do work in tiny rooms, but because you're concentrating so hard." He says that his voice--English, with an echo of the family's Irish heritage--will hold out "for a pretty long recording day. Maybe 90 minutes at a stretch for five to six hours."2010 Best Voices

John Lee's explanation for why he narrates so many long books is "stamina."

"My dad worked as a carpenter until he was 79. The rest of the men in his family were blacksmiths. Some of my cousins are bricklayers and pipe fitters. We've got stamina." His trademark rich, smooth voice with its hint of a growl turns the word into a seduction.

"I've done farm laboring, so I know that narrating audiobooks ain't as hard as picking fruit. But it is effort. It gets insanely claustrophobic. Not because of the size of the studio, although you do work in tiny rooms, but because you're concentrating so hard." He says that his voice--English with an echo of the family's Irish heritage--will hold out "for a pretty long recording day. Maybe 90 minutes at a stretch for five to six hours."

In the last 12 months, he's narrated Dumas's THE THREE MUSKETEERS (23 hours) and THE COUNT OF MONTE CRISTO (48 hours), which won him Earphones Awards. "Ha! Those were long ones. That's what narrators say to each other, you know. "Whoo, that was a long one!' They very rarely go, "That was fantastic.'" Even on the long-distance telephone, you can hear the grin in his voice.

Lee is comfortable sight reading nonfiction but always pre-reads, or at least skims, novels before recording. "You can't get to the end of the book and suddenly have it say, "in her deep, husky French accent,' and you've been doing her as an English person or a Romanian!" Speaking of accents, Lee easily handles England's many intonations, as well as French and "four Irish accents. I also do Eastern European and Indian and Pakistani voices. I grew up in Birmingham with lots of South Asian and Caribbean families, so I have those accents ringing in my head. And I'm always collecting new ones. A good narrator is a sponge."

The only thing that gives Lee pause is reading from a poorly edited proof.

"The producer and I can spend the longest time trying to decipher what the writer meant. And when we can't--well, the result is that sometimes I have absolutely no idea what a sentence means, but I say it anyway--with conviction! That's the key to it. Say it with conviction, and it will sound as if it means something."

Lee narrates everything from science fiction, such as Peter Hamilton's PANDORA'S STAR and JUDAS UNCHAINED, and nonfiction, such as Roger Crowley's EMPIRES OF THE SEA , to literary fiction, including Aravind Adiga's THE WHITE TIGER , which is a 2009 Audies Finalist and Earphones Awards winner, and Georgina Harding's THE SOLITUDE OF THOMAS CAVE , which gave him another Earphones. In addition to reading audiobooks, Lee narrates video games, does voice-over work, and writes plays. His newest is about Lyndon Johnson. "I'm a complete freak for him," he enthuses. "The greatness. The corruption. What a man!" He pauses. "It may even turn into a musical."

"Wouldn't that be freaky?" Again, the grin in his voice.

The theater is Lee's first great love. "Of course, getting up on stage is hard work," he drawls, as if to impress.

"But you get the applause at the end."

"That's right!" He bursts out laughing. "It's pure narcissism--let's not pretend otherwise."

It is his devotion to the stage that engenders his passion for reading aloud. "I love doing audiobooks because it's as close as you get to good theater without being in one. The narrator is building the set, designing the lights, putting the costumes on everybody. And then you get to play all the roles. It's my own little theater in that recording studio."

Then, as if I may not have understood the wonder of that, he adds, "I make my living doing this. I'm very lucky, you know."--Aurelia C. Scott

2007 :  A master with epic length narrations of Ken Follett's WORLD WITHOUT END, Steven Saylor's ROMA, and Nobel Prize winner Orhan Pamuk's SNOW . And he's got Earphones Awards from A to Z, including PROVENCE A-Z , INVISIBLE WALL , and THE LONG WALK .

John handles the detail-rich naval history and adventures of Patrick O'Brian, Dewey Lambdin, and Steven Pressfield with impeccable British authority. He's convincing, assured, and inimitably believable. Yet, in real life, this narrator is a dedicated landlubber! The authenticity of his portrayal of naval battles and explorers' adventures comes instead from careful, intelligent preparation. The rave reviews for O'Brian's POST CAPTAIN and THE MAURITIUS COMMAND suggest that John is certainly "master and commander" despite his affinity for terra firma. John says that he likes to "root himself" in a book and "get into its emotional core" before beginning any narration. Frequently he finds a commonality with an author -as he did when he recorded John Cornwell's THE PONTIFF IN WINTER and Louis De Bernieres's BIRDS WITHOUT WINGS —both Earphones winners this year. His flair with literary work-V.S. Naipul's HALF A LIFE , Kazuo Ishiguro's WHEN WE WERE ORPHANS —couples with his ability to build suspense-whether in works by Martha Grimes or John le Carré. His handling of detailed technical passages in the nonfiction of Compass and the balanced pacing of time frames in the complex fiction of le Carré's ABSOLUTE FRIENDS reveal other dimensions of his narrative skills. Producer Dan Musselman notes, "John's character voices are unique yet honest. He stays true to what the author has written and yet puts his own signature on it." John is also conscious of the listener's experience, and given the accomplishments of his first dozen years as an audiobook narrator, we look forward to his expanding audiography, which includes upcoming fantasy titles by George R.R. Martin and the young adult Edge Chronicles series.--2005 Narrator Yearbook

The cultured, versatile British voice listeners know from audiobooks such as A FINE BALANCE by Rohinton Mistry and TAI-PAN by James Clavell is most certainly not John Lee's only note. John's voice work in the animated series "Aeon Flux," a Japanese anime; the movie Vampire Hunter D: Bloodlust; and the recent TV series "Spawn" is a contrast to the audiobook titles John excels with. He wrote and produced the Indie film Breathing Hard, which has won eight film festival prizes but has not yet been distributed. As a narrator, John has proven himself skilled with a variety of accents, moods, and conversational pacing. His recent recordings of Dickens's much-recorded classics A TALE OF TWO CITIES and GREAT EXPECTATIONS stand out. Books set in India such as HALF A LIFE by V.S. Naipaul, THE DEATH OF VISHNU by Manil Suri, or Mistry's Booker finalist have all been stunningly read by John. Yet he seems equally comfortable with the Scots-Canadian stories of Alistair MacLeod, tales of the British Navy courtesy of Dewey Lambdin, or the village mysteries of Martha Grimes.--2002 Narrator Yearbook