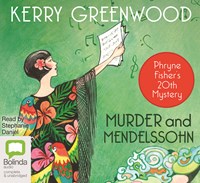 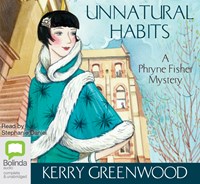 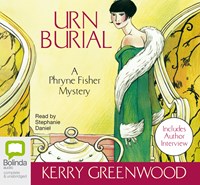 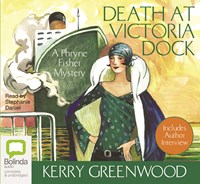 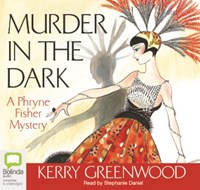 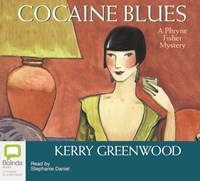 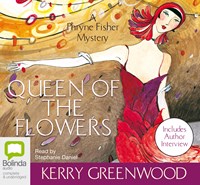 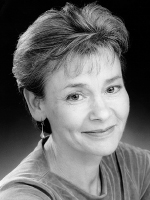 For many audiobook fans and mystery lovers, the elegant, velvet-voiced narrator Stephanie Daniel was Phryne Fisher, the beautiful and worldly sleuth who stars in Kerry Greenwood's popular mystery series. Stephanie passed away peacefully in her Phillip Island, Australia, home at the end of 2013 after a battle with cancer. She was 66. She narrated 20 of Greenwood's Phryne Fisher mysteries for Bolinda Audio in Australia to high acclaim, including MURDER AND MENDELSSOHN, which received AudioFile's Earphones Award and was named one of our Best Audiobooks of 2013, and which turned out to be her final recording. Greenwood called Stephanie "the perfect voice for Phryne."

In addition to her audiobook work for Bolinda, Vision Australia, and CBM, Stephanie also set up her own audiobook company, Children's Talking Books, and recorded children's stories written by Australian and New Zealand authors. She acted in theater, television, and film roles, including the Australian film The Castle and a one-woman play about Jane Austen that she wrote and performed, An Uneventful Life. Stephanie's continuing work in the theater as a teacher and volunteer was posthumously recognized with the 2014 Bass Coast Arts and Cultural Ambassador Award in January. Honoring her, the Bass Coast Shire Council said, "Stephanie's dedication, enthusiasm, and encouragement, which she willingly shared with others, brought new people into the groups she was involved with."

In a 2012 interview with AudioFile, author Kerry Greenwood credited Stephanie for creating a fan base among long-distance truck drivers, most of them men, who listen to audiobooks. "I love the idea of a fellow barreling down an incredibly long highway listening to Phryne's adventures. Stephanie has exactly the right kind of voice to keep them awake and interested." Greenwood also talked about Stephanie's meticulous research. "She wants to get it right, and she does. Not only is her voice perfect, but before each book, she'll ring me with questions--how to pronounce things, how to sing a song. I think 98 questions was the largest number so far."

"I consider myself really fortunate to be the narrator of the Phryne Fisher books, with their mix of historical fact, fiction, food--and naughtiness," Stephanie told us in 2011. "All the regular characters are like family now."

We are saddened to have lost a member of our audiobook family, but listeners are fortunate to be left with the legacy of Stephanie's wonderful recordings.--Jennifer M. Dowell [Apr/May 2014]