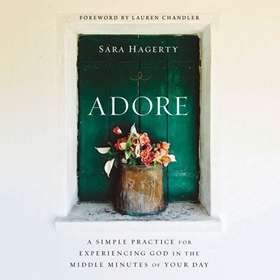 Christian motivational speaker and author Sara Hagerty provides her own powerful narration of this new audiobook, which challenges how Christians look at the trials in their lives. Hagerty's work focuses on the seemingly simple practice of using focused adoration. Rather than focusing on one's difficulties, Hagerty suggests turning one's attention to the loving nature of Christ... Read More 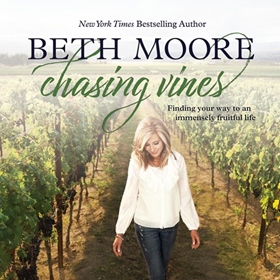 CHASING VINES Finding Your Way to an Immensely Fruitful Life

Bestselling author Beth Moore uses scripture and personal stories to explain how listeners can achieve a meaningful life with God. Her tone is filled with passion and encouragement while being immensely convincing in speaking of God's love for His followers and His devotion to their prosperity. Moore's Christian views are presented clearly and adamantly; her signature Southern... Read More 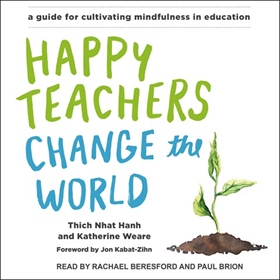 With her gentle British accent and relaxed pacing, Rachael Beresford creates a peaceful mood for absorbing this summary of Thich Nhat Hanh's educational initiatives. She sounds serenely engaged with the content; it feels like she's part of the Buddhist monk's work, rather than just performing. Paul Brion's reading of the foreword, the author's "Letter to a Young Teacher," and... Read More 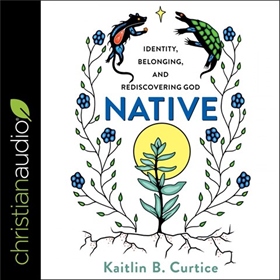 In an understated, melodious narration, Kaitlin Curtice unfolds her story of reclaiming the Potowatomi culture of her father, which was put aside after her parents divorced and Curtice was being raised by her mother and stepfather in a white, evangelical Christian household. Narrating unhurriedly, in a steady cadence, Curtice spools out her riveting journey through the telling... Read More 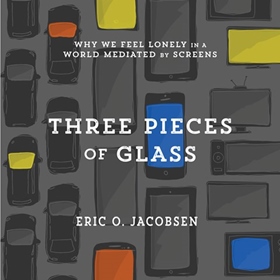 Narrator Thomas Day brings his calming voice to this complicated discussion of how technological advances affect human beings and their sense of belonging. This audiobook is less about phones, televisions, and car windshields, and more about the concept of loneliness and the drive to form community, which are examined mostly from a Christian perspective. Day soothingly reads... Read More