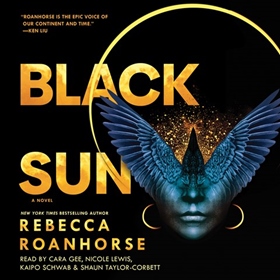 This epic fantasy, which includes political upheaval, taboo magic, and a hint of romance, is narrated by an array of textured voices. In this intense, adventurous story, inspired by pre-Columbian civilizations, every voice is clear and grave. While Cara Gee and Nicole Lewis are slightly warmer in tone than Kaipo Schwab and Shaun Taylor-Corbett, make no mistake--all the... Read More 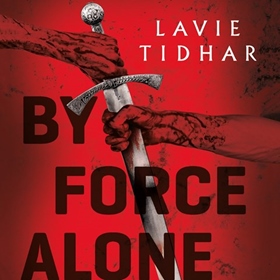 Ralph Lister performs a gritty retelling of Arthurian legend blending fantasy, sci-fi, noir, and pulp fiction. King Arthur and the Knights of the Round Table is a story oft retold--but not quite like this one. This savage and unrelenting adventure has one foot in the fantastical world and the other in the modern political climate. Lister unveils a staggering number of character... Read More 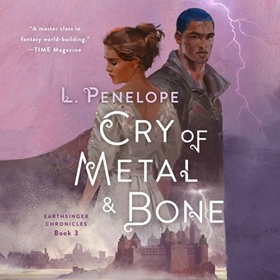 Allyson Johnson narrates Book 3 of the Earthsinger Chronicles, a fantasy with romantic elements. As the people of Elsira struggle to come to terms with their new reality after the fall of the Mantle, some who are dissatisfied ally themselves with enemies of the new king and queen. Many characters from the first two volumes return, and many more are introduced, making for a... Read More 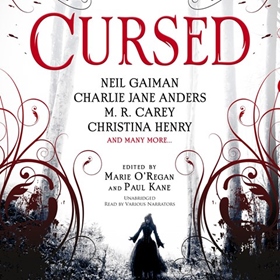 An ensemble of eight narrators returns listeners to scenes of childhood--and the feeling of awe children experience when listening to a new fairy tale. Twenty authors, including Neil Gaiman and M.R. Carey, contribute to this anthology designed to amuse, instruct, and (yes) terrify listeners. The audiobook offers listeners modern tales told from the perspectives of the cursed.... Read More 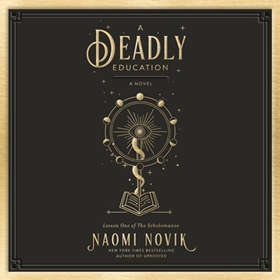 This audiobook is a contemporary fantasy in which magic is real--and so are the monsters who are drawn to it. Hunted by these creatures, young magic users attend Scholomance, the only place they can go to learn the skills they need to survive. But those who don't learn quickly or form alliances soon pay the ultimate price. El has all these obstacles and more. She comes across... Read More 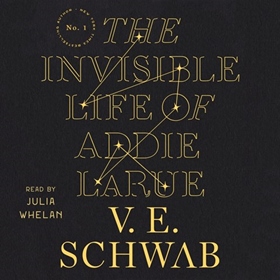 THE INVISIBLE LIFE OF ADDIE LARUE

Julia Whelan's steady rhythm perfectly conveys the ups and downs of Addie LaRue's life, which take place over 300 years. Addie makes a deal with a dark spirit to live forever. However, the trade-off is being invisible or, more accurately, unmemorable to everyone she meets. Then, one day, something happens. Whelan draws the listener in with a tempo that offers few pauses. Her... Read More 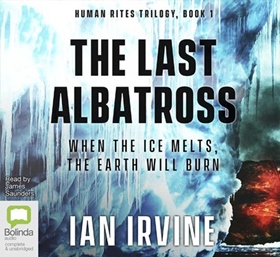 Originally written in 2000, this is the first installment of an ecoterrorism trilogy set in Australia. The complicated fantasy, told from the point of view of a young woman named Jemma, is drawn from events in the 1950s, when the British tested atomic weapons in the Pacific. As the story begins, they have accidentally left behind some plutonium, which two boys, Ryn and Hercus,... Read More 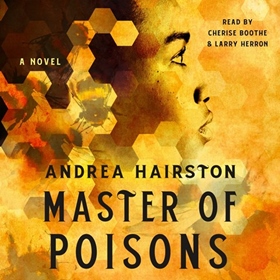 Narrators Cherise Boothe and Larry Herron work together to bring listeners a rich listening experience that maximizes the fantastic world at the heart of this epic. Herron's baritone calls up another world, full of royalty, magic, and disaster. The chapters he narrates as Djola, the ruling magician of Arkhysia, resound with his vibrant performance. This sets up a lively... Read More 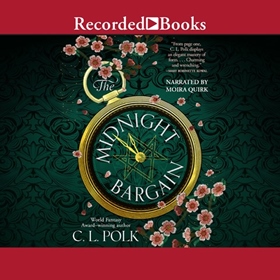 Moira Quirk's lively voice draws listeners into a magical Regency-inspired tale. Beatrice Clayborn is an ingenue entering her first "bargaining season," the time when eligible suitors will vie for her hand. Once married, Beatrice will be forced into a marital collar to protect any unborn children from possession by rogue spirits. But the collar will also curtail her... Read More 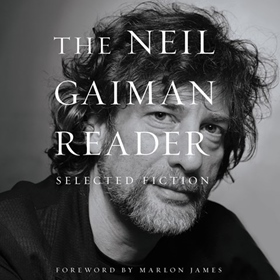 With a natural ease and a British accent, award-winning author Neil Gaiman reads 52 handpicked selections from this darkly comic career-spanning collection. Whether the topic is discovering the Holy Grail in an antique shop; retelling a much creepier, bloodier version of Snow White; or choosing a half-man/half-god to battle a demon on the Scottish Highlands, Gaiman is at his... Read More 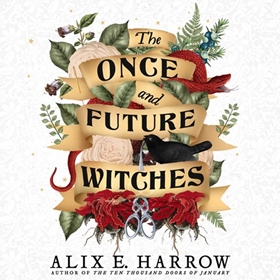 THE ONCE AND FUTURE WITCHES

Gabra Zackman enchants as the narrator of an intricately layered alternative history. In New Salem in 1893, a trio of sisters meet after many years apart on the same night that a fabled dark tower appears. Witchcraft has been all but extinguished from the world, but the sisters may hold the secret to its return. Zackman gives this lushly detailed story room to breathe as she... Read More 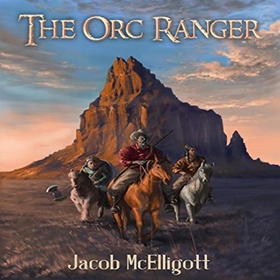 An ancient darkness hangs over a dusty frontier town in a Western fantasy capably narrated by Jack de Golia. Thurk Gutarg, a creature called an orc, is a legendary Ranger who is determined to do what's right despite the hatred toward him and his kind. Allied with a dwarf and a human boy, Thurk sets out to ease the plague lingering in an isolated town. With a staggering number... Read More 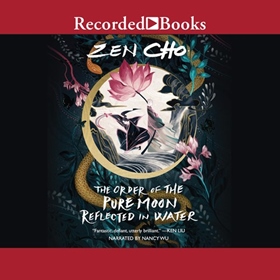 THE ORDER OF THE PURE MOON REFLECTED IN WATER

Nancy Wu narrates a wuxia-inspired homage to friendship and found family inspired by wuxia, a genre of Chinese fiction about the adventures of martial artists in ancient China. A group of bandits who are wanted by the Protector is joined by a coffeehouse maid after a brawl leaves her without a job. While the bandits have a tendency to seem interchangeable, Wu does a remarkable... Read More 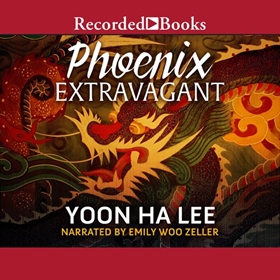 Narrator Emily Woo Zeller introduces two nonbinary characters in this fantasy about a world occupied by invaders. One character is Jebi, an artist who works with the occupiers on painting the magical seals that animate their automaton soldier and dragon. The other is the automaton dragon, whom Jebi befriends. Zeller creates a complex persona for Jebi--sometimes timid, other... Read More 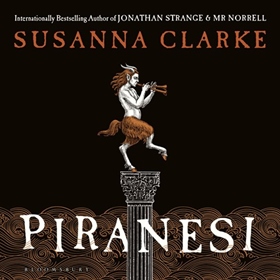 Chiwetel Ejiofor narrates an intricate fantasy presented in the form of diary entries. An unnamed narrator chronicles his daily life in the house, keeping track of tides, the migration of birds, and the visits he is paid by The Other. Gradually, he comes to learn that his world is not at all as it seems. Ejiofor carefully establishes the narrator's reality-- and then just as... Read More 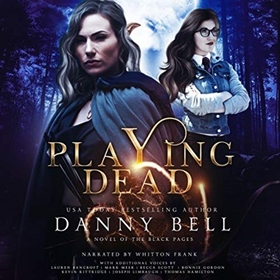 Narrator Whitton Frank leads this full-cast continuation of the Black Pages series, a contemporary fantasy in which beings can cross dimensions. After her student is poisoned, Chalsarda, an elf residing in our world, is blackmailed into a quest to find and kill a Battle Born in order to save her. Frank does a good job leading the narrative and presents Chalsarda with a proper... Read More 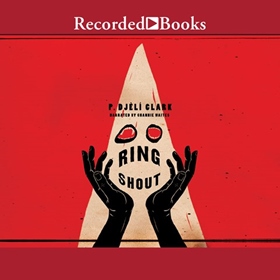 Narrator Channie Waites thrills in this fantasy, which blends historical and supernatural storytelling to revisit the Ku Klux Klan's reign of terror in the Jim Crow South. Waites gives depth and unique vocal stamps to the main characters, who possess extraordinary powers they use to exterminate otherworldly monsters called Ku Kluxes. Waites's performance of the various... Read More 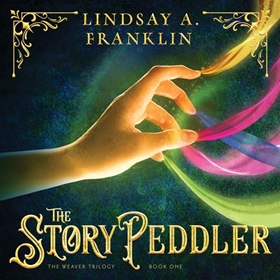 by Lindsay A. Franklin | Read by Pam Turlow

Narrator Pam Turlow gives a precise narration of this debut fantasy. The first installment of The Weaver Trilogy features Tanwen, who has the ability to weave stories into actual sculptures. Tanwen's quest is to escape her cruel leader and become the king's storyteller. Turlow lends a youthful-sounding voice to this engaging character. Turlow's ability to transition from one... Read More 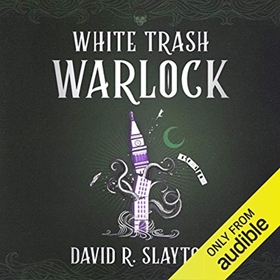 Michael David Axtell's agile narration will keep listeners engaged with this fantasy romp about a gay witch who is searching for his long-lost, and possibly evil, father. Adam wants nothing to do with his brother, Bobby, who had Adam committed to a mental hospital because he can see the spirit realm. But when an evil spirit possesses Bobby's wife, Adam agrees to help her and is... Read More 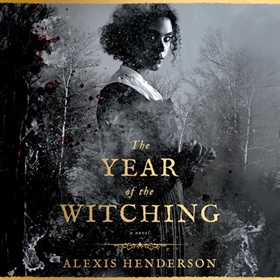 THE YEAR OF THE WITCHING

Narrator Brianna Colette gives a solid performance of this dense fantasy, which pulls back the curtain to reveal long-held secrets that have shaped the deeply religious land of Bethel and its haunted woods. After an unexpected trip into the Darkwoods, Immanuelle Moore finds herself even more at odds with the world around her as she struggles to come to terms with the twisted... Read More