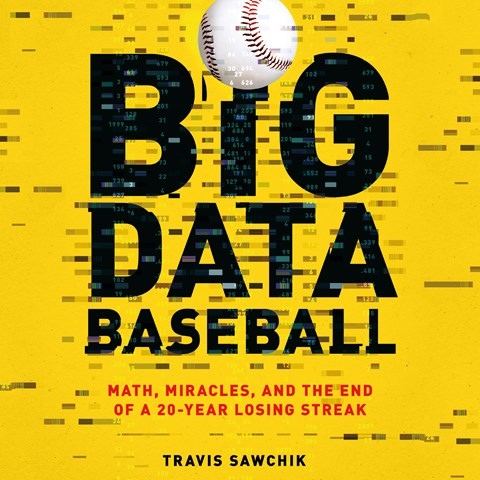 BIG DATA BASEBALL Math, Miracles, and the End of a 20-Year Losing Streak

Any baseball fan knows of the ongoing struggle over decision making between managers, who like to go with gut feelings, and non-playing analysts, who scrutinize statistics. Pete Larkin's narration of this discussion isn't flashy, but he does the job steadily, much like the book's subjects do theirs. The account humanizes the people who pore over minutiae, giving personality to the number-crunchers who analyze data for the sake of helping a team. It focuses on how the Pittsburgh Pirates improved under Clint Hurdle, who came to embrace the role of data. Larkin doesn't try to imitate the people quoted and his timbre is a bit nasally, but he keeps the listener's interest with his emotional inflection. It's an interesting listen for fans who want to understand what causes defensive shifts and the like. M.B. © AudioFile 2015, Portland, Maine [Published: JULY 2015]