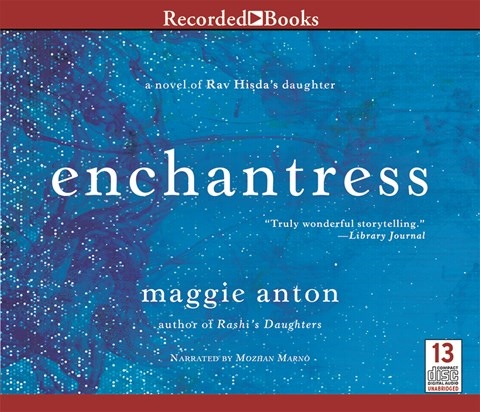 Mozhan Marnò is an ideal narrator for this historic tale of ancient magic and Talmudic tradition, which centers on Hisdadukh, a female scholar and powerful magician. Marnò's dreamy tone makes Hisdadukh's magic utterly believable, and the historic details of this world very easy to imagine. Her inflections are subtle, but each character in this considerable cast is distinct and sympathetic, particularly Rava, who learns the arcane secrets of the Torah in order to prove himself worthy of Hisdadukh's love. However long pauses between lines of dialogue and narration are distracting, though these diminish as the action picks up, and Hisdadukh and Rava join their powers to fight the darkness that threatens their people. B.E.K. © AudioFile 2015, Portland, Maine [Published: JULY 2015]