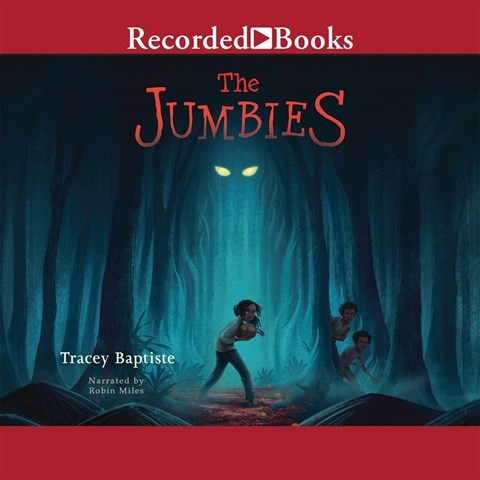 Narrator Robin Miles is at home voicing characters from diverse cultural backgrounds in this spine-tingling mix of Caribbean and European folktales. Making full use of her wide vocal range and lilting intonation, Miles delivers the French dialect of the island's human characters, and twists it to fit the varied voices of the jumbies-- malevolent creatures who live in the forest. More subtly distinguished by pacing and inflection, young Corinne and her friends once thought the jumbies were invented by parents to scare kids into behaving. Upon discovering that jumbies are real, they take up the fight to keep these evil spirits from driving them off their island home. When the children learn the truth--that the jumbies were there first--they must determine how to make room for everyone, human and demon, in this deliciously macabre story. S.G. © AudioFile 2017, Portland, Maine [Published: FEBRUARY 2017]