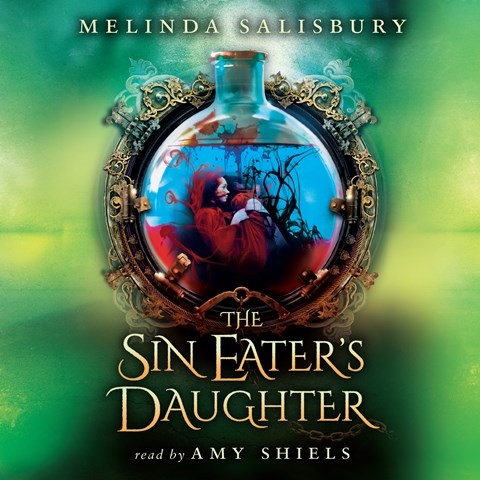 Twylla lives in a castle among those who consider her the human embodiment of a goddess. Narrator Amy Shiels brings concern and angst to Twylla's voice as she expresses her distrust of the royal family she's been raised in. This slowly unfurling YA fantasy takes a while to get rolling. Twylla is unable to touch anyone—if she does, the person will die—and when she starts to fall for her guard, she’s torn between duty and love. Shiels’s narration keeps the story exciting and balances political intrigue, an evil queen, and a love triangle in an engaging way. This is a good choice for listeners looking for a slow-paced listen with chilling characters and an open ending. S.B.T. © AudioFile 2015, Portland, Maine [Published: JULY 2015]