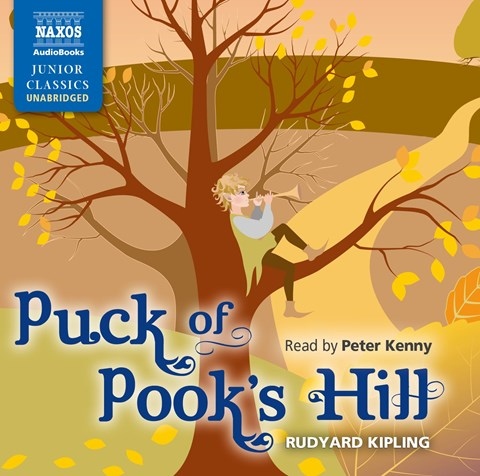 Kipling is not known as a fantasist, but this audiobook features Puck, one of Shakespeare's fairies--or "people of the hills," the author's own preferred term. Other characters include one of the old gods and a number of people magicked out of history for the amusement and education of a pair of English children. Narrator Peter Kenny's varied British accents are wonderful; a few, however, as authentic as they are, may strain some American ears. But the narration shifts easily between the stories and the poems in this collection. Some listeners may take offense at the anti-Semitic undertones in a poem and story near the end, but Kenny makes clear Kipling's ringing endorsement of (eventual) freedom for all Britons. D.M.H. © AudioFile 2017, Portland, Maine [Published: JULY 2017]