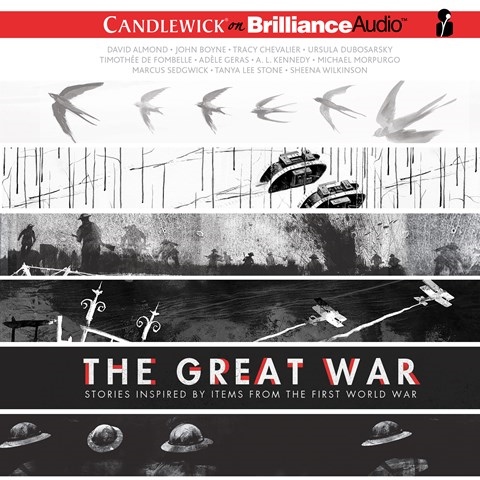 Physical items from WWI inspired this collection of 11 short stories, but no visuals are necessary to bring these powerful generation-spanning tales to life. The listener will recognize the accents of Scots, Aussies, African-American, French, Irish, and English characters as six different narrators (one per story) reveal uniquely personal tolls of war through the eyes of soldiers, siblings, children, families, and young workers. After each fictional story, a narrator briskly describes the actual item that inspired it, for example, a helmet, compass, or butter dish. With a death toll of approximately 17 million and another 20 million wounded, no one in the Allied Countries was unaffected. Listeners will also be greatly affected by these compelling stories of loss, luck, patriotism, and perseverance at war and at home. L.T. © AudioFile 2015, Portland, Maine [Published: APRIL 2015]