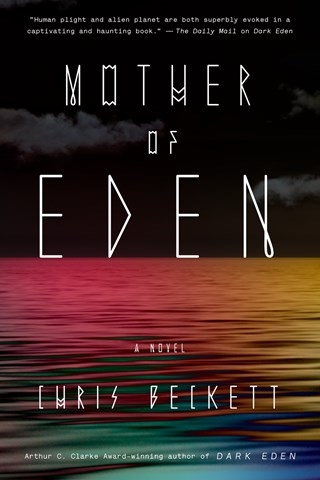 This sequel to DARK EDEN finds the inhabitants of New Earth spread amid a number of communities, some of which cling to the old ways 150 years after being stranded on this hostile planet. But others are beginning to question the old ways. The story is told in the first person from a number of points of view, each of which has a separate narrator. Each narrator has a distinctive personality and style, and provides variations on the dominant accent. There are enough differences to help the listener keep track of the characters and the weaving threads of the plot, and enough similarities to suggest the isolation of the planet. The background of the prior book is helpful, though not essential. J.E.M. © AudioFile 2015, Portland, Maine [Published: DECEMBER 2015]