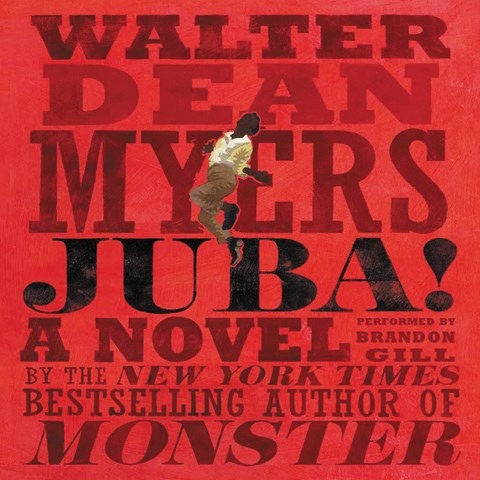 Myers's posthumously published novel, set in the 1840s, tells the story of William Henry Lane, a free black dancer known as Master Juba. Incorporating the Irish step dancing he saw around him as a child in Brooklyn with African and minstrel styles, Juba developed what came to be known as tap dancing and was celebrated in London, as well as New York, until his early death at 27. Sadly, the ambiance of the times and the exuberance of Juba's dancing don't translate well to audio, despite the efforts of narrator Brandon Gill. Listeners unfamiliar with old minstrel shows will miss the historical pictures in the print edition, and, though Juba and his friends are mostly well realized by Gill, the challenge of the Irish accents makes it sometimes problematic to determine which character is speaking. S.G. © AudioFile 2015, Portland, Maine [Published: DECEMBER 2015]