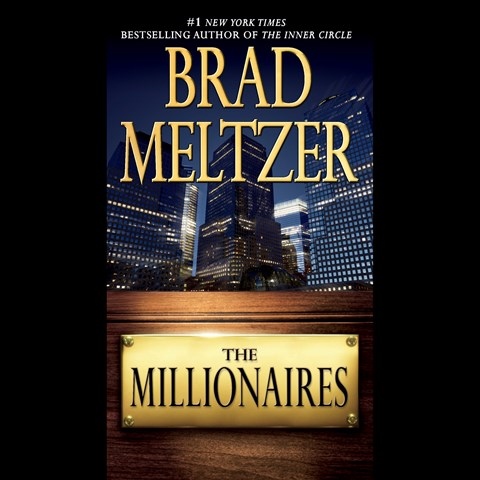 After listening to Scott Brick's performances of two books in a row, the listener can really appreciate his versatility. Sure the voice is the same in both, but his delivery is completely different. In Meltzer's latest, Brick plays two unappreciated brothers employed by a ritzy private bank who plan the perfect computer theft of three million dollars. When their efforts yield 313 million instead, the brothers are pursued by a host of characters--including the U.S. Secret Service. Brick handles this clever but complicated plot with kid gloves. He plays the brothers, whose personalities are opposites, equally well and gives Meltzer's story line a rich and exciting reading. His performance is one in a million. A.L.H. (c) AudioFile 2002, Portland, Maine [Published: JUN/JUL 02]