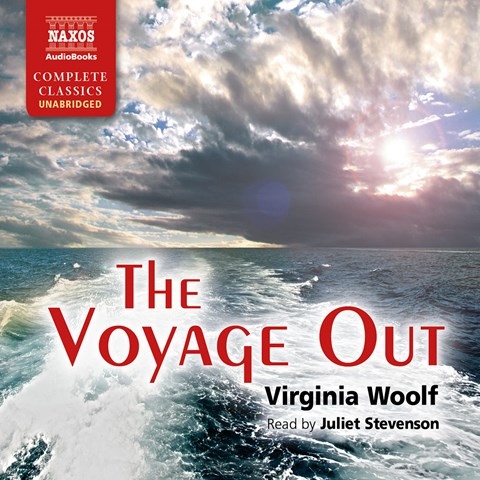 Juliet Stevenson's narration is both compelling and soothing as Virginia Woolf's first novel follows a small group of English men and women as they travel from London to the fictional island of Santa Marina in South America. The audiobook's introspective qualities and attention to the female identity create a fascinating picture of Edwardian society. There is a certain fluid quality to the text that mirrors water, and Stevenson's calm demeanor couples nicely with it. Yet she hardly puts the listener to sleep. Her vocal characterizations realistically capture each character, and she creates a strong contrast between the soft, musical female voices and the gruff, dominant male voices. Stevenson masterfully navigates Woolf's prose as she and the listener embark on this literary journey. D.M.W. © AudioFile 2017, Portland, Maine [Published: DECEMBER 2017]