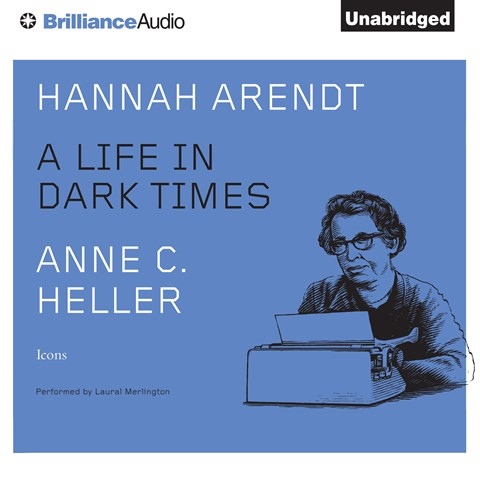 An intellectual giant and cultural theorist of the 1950s and beyond, Hannah Arendt focused her principal writings on considerations of the conflict between civilization and barbarism as well as anti-Semitism. Narrator Laural Merlington's somewhat raspy timbre captures the listener's attention at the outset but wears on the ear a bit in time. This is a concise work for such a complex life, offering a sympathetic perspective of Arendt--who escaped Hitler's Germany for the United States in 1933--and examining her evolution as a controversial thinker. Despite her timbre, Merlington skillfully weaves an appropriately paced, mature, and thoughtful narration to suit the graceful examination of a life fully lived. W.A.G. © AudioFile 2017, Portland, Maine [Published: JANUARY 2017]