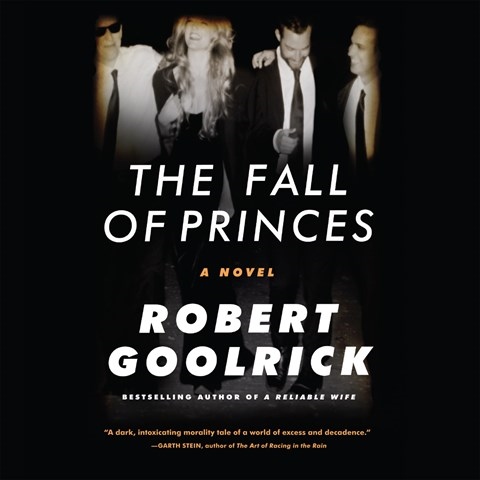 THE FALL OF PRINCES

When authors want domesticity and conformity, they set stories in the 1950s; when they want sex, drugs, money, and rampant consumerism, the go to the 1980s. That's where this audiobook takes place, and it captures the era almost as perfectly as Tom Wolfe's BONFIRE OF THE VANITIES. It's the story of a trader who makes gobs of cash, spends it, loses it, and thinks about why it happened. Narrator R.C. Bray's voice is deep and ominous, which works for the parts of the book that evoke fear and loathing but takes away from the swashbuckling feel of the go-go '80s. Perhaps a lighter touch on the jokes and description would have served him better. Overall, Bray does enough with the character voices to differentiate the book's many personalities, and he paces the material well. R.I.G. © AudioFile 2015, Portland, Maine [Published: OCTOBER 2015]