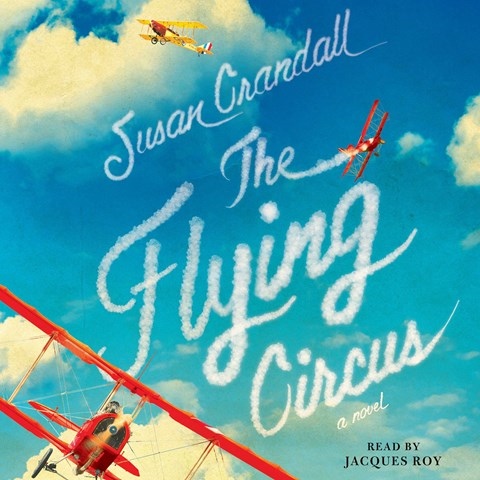 Each of Crandall's three main characters--Cora, Gil, and Henry--has a secret, which creates an unspoken tension in the early stages of their friendship. But when they embrace the flying adventures of the Roaring '20s--barnstorming, flying circuses, and air racing--they forge a fragile friendship with changing dynamics. All three characters are deftly portrayed by narrator Jacques Roy. Especially well done is his subtle depiction of Henry, the Midwestern son of German immigrants whose emotional undercurrents belie his bold persona. Roy's voice work also captures Cora's inner conflict over her wealthy background and pilot Gil's troubles after returning home from WWI with PTSD. Roy maintains the focus on the character development even as he injects the excitement of exhilarating, dangerous moments in flight. The story is a bit melodramatic at times as a love triangle forms but ultimately is satisfying. J.A.S. © AudioFile 2015, Portland, Maine [Published: SEPTEMBER 2015]